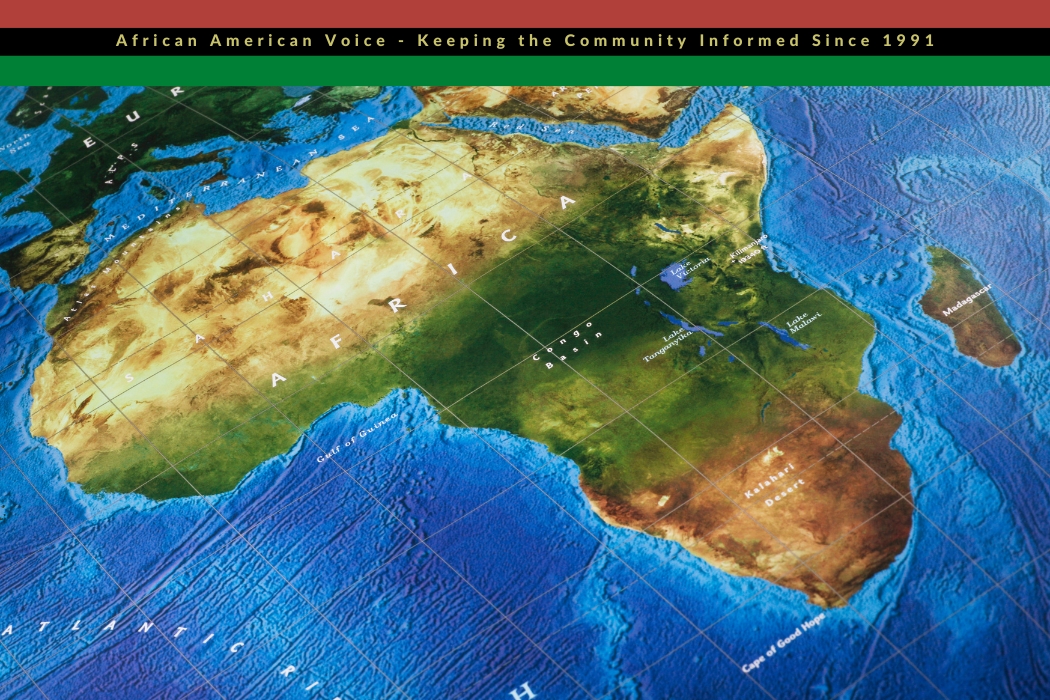 Editor’s Note: Africa’s 1.2 billion people—with a median age of 18—will comprise almost half the world’s population by 2050. For global economies, the continent represents a vast and largely untapped market. Under its soils are the resources needed to drive the global green energy transition. Its forests and fields will play a crucial role in slowing climate change and feeding an increasingly hungry world. And yet, according to Pamela and Charles Anchang, the continent and its people continue to be seen in the U.S. and much of the West as a charity case rather than a region of opportunity that will be key to the planet’s future. The couple founded Immigrant Magazine in Los Angeles in 2014 to highlight the central role of immigrants in U.S. society. Originally from Cameroon, they spoke with EMS about the recent U.S.-Africa summit, Africa’s place in the World Cup, and their work covering LA’s diverse communities. (The conversation has been edited for clarity and length.)

What did you make of the recent US-Africa summit? Was there anything that stood out for you?

Pamela Anchang: I’m glad the U.S. is engaging Africa, but there are some issues that need to be taken under consideration. A lot of African commentators have pointed out that the agenda for the summit was not set by African countries and that it was more about the U.S., based on its interests. We know this summit comes against the backdrop of China’s growing engagement in Africa. People need to know that Africa as a continent… there are opportunities there. That is what I would have loved to hear. What do African countries need and want? China sees those opportunities. The U.S. approach is more paternalistic.

The headlines suggest this scramble by global powers to gain influence over Africa. How do you see Africa’s position now on the global stage?

Charles Anchang: You hit the nail on the head. When you look at Africa… it’s a colonial construct of Europe. Before the 1900s, Africa had kingdoms. We had the Zulu Empire, we had Ashanti kingdoms, Benin, Mali. They were coexisting. Western powers carved the continent up to their benefit. They got rid of the kings, the systems, and they brought in their own systems, their own leaders. Africa still has not healed yet. We’re a continent of 54 nations. Nigeria alone has 200 million people. Africa has long been supplying resources to the West; human resources, resources under the soil, intellectual resources. The continent supplies a lot of talent to the global economy, but it doesn’t seem to get the respect. Look at the World Cup. We were a minority there (in terms of the countries represented).

Speaking of the World Cup, Kenya’s president referred to the French team as “My African team.” Is there a correlation between Africa’s presence in the sport and its position globally?

PA: When you watch the French team, you think it’s an African country that’s playing. And it occurred to me as I watched the final, my heart was torn, because while I wanted to support the players, I resented having to support the French. It was an awful feeling that I couldn’t shake. I didn’t want France to win because of France’s engagement in Africa, but I wanted my African brothers to win. Emotionally it was nerve racking for me. I felt for the players, but again I was seeing France exploiting us. These players could have been playing for their own countries. But instead, they were playing for all these Western countries because that is where the bread and butter is. We know soccer is a sport that brings the world together. But it is about dominance too.

Your magazine focuses on the immigrant experience. What is an issue around immigration that you think needs more attention?

PA:. African immigrants have contributed so much to the fabric of the U.S. But to get a visa to come to this country is a process that is so daunting… there are some African countries where people have to wait two months just to get an appointment. So, to bring it back to the summit, if we’re talking about forging collaborative relations with Africa, how can we do that when even just to get a visa you have to go through this process. That doesn’t happen when a European comes to the U.S. But to leave Cameroon or Nigeria of Ghana, you have to book an appointment two months in advance, you have to have all the paperwork, and pay the visa fees… and still risk being rejected. How many Africans, even those who have the resources, can do that over and over again? These are the things I would have liked to see discussed at the summit.

Pamela, you told the LA Times in 2014 that you launched Immigrant Magazine because you did not feel represented by mainstream media coverage. Have you seen a change in how immigrants are covered since then?

PA: When we started Immigrant Magazine, it was really based on the representation of immigrants in the media. Most of the stories were about the problems that immigrants were bringing into the country. I rarely saw stories about their contributions, and so I wanted to bring those stories to light (including profiles of successful immigrant business leaders, and a look at how one Hmong-American saved U.S. Olympic gold), to change the narrative about immigrants. Almost ten years later, stories are now largely about advocacy for immigrants, but it’s still not telling the story about why Americans should embrace immigrants. It’s still, “Let’s fight for these poor immigrants.” It would be nice to see stories about how America was built, about the contributions of immigrants. So, to an extent, the media narrative has shifted to advocacy, but it has not shifted to celebrate immigration.

LA politics were jolted recently after the release of racist remarks by several prominent Latino leaders. How do you see the racial divisions in the city? And what role can your magazine play in bridging them?

CA: I see a lot of opportunity for education. I think humanity, we are still learning from one another. We have to learn to coexist better, and we can’t do that without understanding each other. I might eat Thai today, Indian tomorrow… it’s this variety that provides amazing benefits. We are trying to get people to see the value for these kinds of exchanges. The more we understand each other, the more we can celebrate life.

PA:  I am sure you understand how challenging it has been for over almost 20 years to go into communities where we are the other. And it was a challenge we took upon ourselves. But most communities have been kind, they’ve embraced us. There’s been this feeling of, finally, we can get to know one another. What happened with the LA City Council was ugly but look what happened after. You saw the best in people. Communities rose to challenge the leadership. As long as we speak up and use the media tools we have to educate people, I think we’re on the right path. There is no perfection, but there is hope for growth.