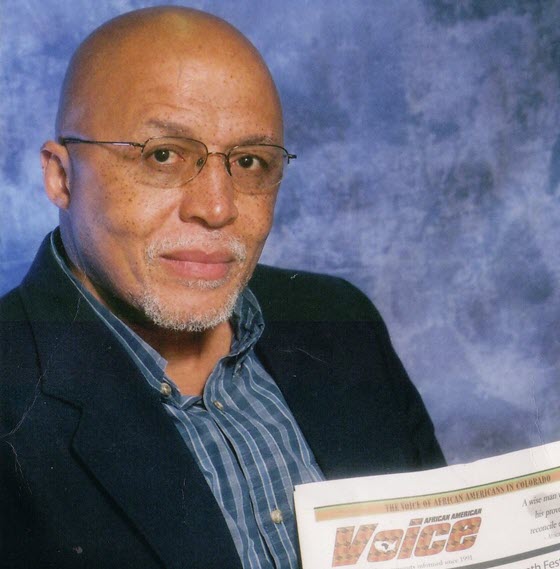 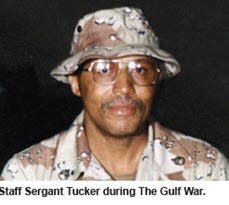 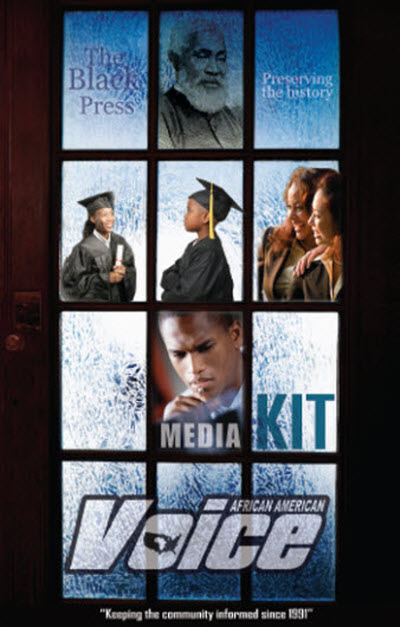 James Tucker was born in New Madrid, Missouri on May 6, 1951. Tucker began his crusade for justice and equality while earning an undergraduate degree in History and Political Science from Rust College in Holly Springs, Mississippi. Upon graduation, he enlisted in the Army and served three years on active duty at Fort Carson, Colorado. He also served 17 years in the Colorado Army National Guard. In 1985 Tucker received a Master’s degree in Counseling and Student Development from Tuskegee University in Tuskegee, Alabama.

In 1991, Tucker served during the Gulf War as a legal specialist with the 217th Medical Battalion. While serving in Iraq, Tucker started the African American Voice Newspaper, Inc. and published the first edition in June 1991. In 1996 Tucker retired from the Colorado Army National Guard. He is a decorated war veteran who received a Bronze Star. He taught social studies at Harrison High School for 24 years, retiring in 2001.

Tucker has received several honorary degrees. In 2007 Tucker received an Honorary Doctor of Management degree from Colorado Technical University. Years later in 2011 during a trip to Africa, he received the Honorary Degree of the Lamidat of Garoua, Cameroon while tracing his ancestral roots. In 2013 Dr. Malcolm Newton and the Denver Institute of Urban Studies and Adult College presented Dr. James Tucker with his second honorary Doctorate; a Doctorate of Philosophy. James Tucker is also a proud father of a son with autism. He continues with no less enthusiasm and conviction, looking forward to the future with the belief that if you are willing to set your sights high enough, you can make a difference.

In June 2016, the African American Voice celebrated its Twenty-fifth Anniversary, and in so doing will become the longest-running Black monthly newspaper ever published in Southern Colorado and the largest Black monthly serving Colorado Springs Metro, Denver Metro and Pueblo.

The Voice is the brainchild of publisher and owner James Tucker, who conceived the idea while serving in Saudi Arabia and southern Iraq during the Gulf War. James’ goals then, as now, were to awaken the larger community to the needs and untapped potential of African Americans living in Colorado, while at the same time, bringing to the state broad awareness of the diverse mix of local, regional, national and international issues that have, and will continue to have, an impact upon their lives. In addition, the Voice is committed to promoting and preserving United States history.

With a primary investment of his own time and money, assistance from the former veteran-owned Hispania newspaper, Bob Armendariz, and a few advertisers, contributing writers and editors, James has not only managed to keep the paper alive, but also nurtured its steady growth. With the rise of right-wing intolerance, however, publishing has become a challenge. The climate for Blacks has become hostile and unfavorable in Colorado.

The African American Voice is a free monthly newspaper that after serving Colorado Springs Metro, Denver Metro and Pueblo areas with a statewide distribution of 10,000 has transitioned to a global presence;

The African American Voice is the best source for monthly Black news online. Especially news that the mainstream media is scared to present to the world.