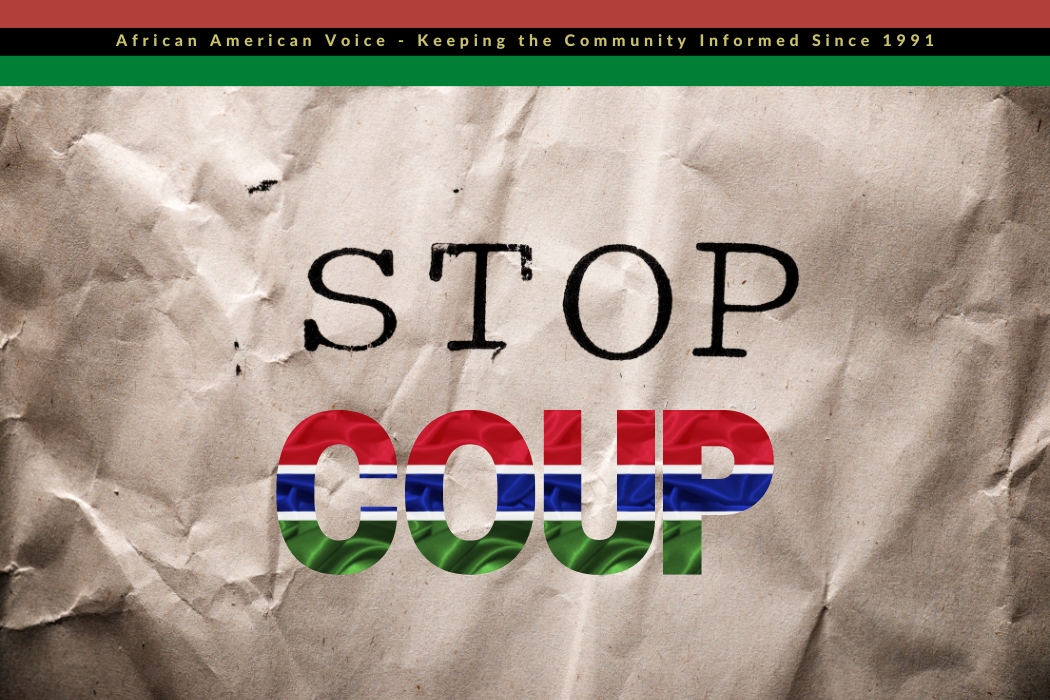 The government of Gambia today has announced that an attempted coup in the country has been foiled. In a public statement, a release from the office of the president stated that “based on intelligence reports that some soldiers of the Gambian army were plotting to overthrow the democratically elected Government of President Adama Barrow.”

Four lower-ranking military personnel have been arrested, with at least three more being sought by Gambian authorities, according to statements released by the government in the last 48 hours. Among them Lance Corporal Sanna Fadera of the Gambian Navy was named as the apparent ringleader of the plot.

The announcement sent shock waves through a country that only emerged as a democracy in 2016. That year opposition leader Adama Barrow defeated former military commander Yahaya Jammeh who had ruled the country for 22 years before being forced from power.

“We still don’t know what inspired, and we shouldn’t jump to a conclusion until the authorities have had a chance to investigate,” said Abdoulie Njai, a member of the Gambian National Assembly, in an interview with Zenger News, “some have noted that the timing of this incident comes after Yahaya Jamme did a phone call with some supporters in which he vowed to once again rule the country – but again the timing may just be coincidental.”

Of the seven names released by the Gambian government linked to the plot, three had ties to the Gambian Navy including Fadera.

A military intervention organized by the Economic Community of West African States (ECOWAS) was deployed to Gambia in 2017 and has remained ever since with ECOWAS soldiers deployed at strategic locations. Those that favor the continued presence of ECOWAS soldiers in the country site fears the return of Jammeh, who is believed to reside in Equatorial Guinea.  ECOWAS has annouced its support for the government of Gambia in response to the coup plot.

Gambia’s history is replete with coups and coup attempts. The country’s first-ever head of state, President Dawda Jawara, was overthrown in 1981 by General Kukoi Samba Sanyang. Jawara was attending the wedding between Princess Diana, and the future King Charles. As Gambia was a member of the Commonwealth of Nations he appealed to the United Kingdom for support. Two British Special Air Service soldiers were deployed to support a Senegalese intervention in the country. Some 500 people are believed to have died in a week of fighting before Jawara was restored to power.

Jawara’s government believed that local communist groups had been supported by Libyan Colonel Muammar Gaddafi in launching the 1981 coup. Following a series of arrests in 1988, the Libyan government was accused of plotting another coup in the Gambia.

Yahya Jammeh seized power from Jawara in 1994. During his reign, Jammeh would see off at least five coup attempts. An attempt in 2014 involving several Gambian Americans who were subsequently prosecuted under the Neutrality Act by American authorities.

Conversely, Jammeh’s government covertly executed three men it believed were involved in the plot – though this information only came to light after Jammeh was forced from power.

“We had 22 years of authoritarian and dictatorial rule under Jammeh, and we will not go back. We will continue on our path toward strengthening our democracy. Of course, his loyalists in this country have a right to speak and support him,” Njai said. The parliamentarian also stressed that regardless of the origins of this plot, more reforms of the country’s security services would be needed,” Njai said