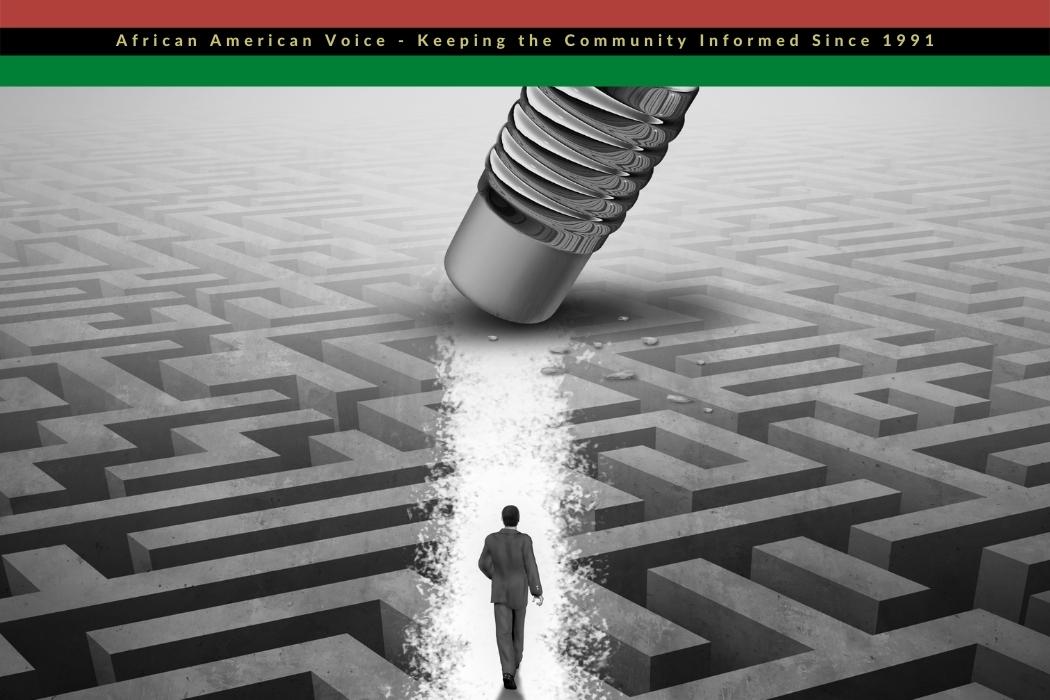 As “Gangsta Grandma,” Evelyn Wilson nurtures troubled men and women in a way that not many are capable of doing.

A Harlem, New York, native, Wilson says she became addicted to alcohol and cocaine following the deaths of both her parents before her 13th birthday.

Now 80, Wilson is an ordained minister in the Unity movement and will mark 50 years of continuous sobriety in May.

Wilson is a former prison counselor who was known by the inmates as “Gangsta Grandma.” She now lives in Savannah, Georgia, and operates two sober-living homes — one each for men and women.

Wilson shared her story of redemption and altruism with Zenger.

Zenger: Can you describe your childhood?

Wilson: I grew up as the only child and a latchkey kid in a Harlem community. I was 11 when my father died; my mother died the following January, but that’s not an excuse for my becoming an alcoholic and cocaine addict. I went to live with my first cousin and was loved.

Growing up my idols were not men and women going to work every day or graduates of Morehouse College or Brown University or women who went to college. My idols were the people in the fast lane who frequented bars, wore flash clothing and made big money.

At age 12, I fell in love with alcohol and drank it every chance I got. I loved the way it made me feel and didn’t know a human being could feel that good. Life was running in and out of bars, dating drug-dealing boyfriends. Dating a big-time drug dealer made you a rock star.

Zenger: How did you meet your husband?

Wilson: I met my husband, Edward Wilson, at a dance. We danced well together. They called him “Whip” because in that community, he was considered smart. I didn’t know what a criminal Whip was until we started dating. Whip got locked up and disappeared for a month.

That pattern continued until he came home from prison in 1979 and was shot and killed during a drug deal gone bad.

Zenger: What was your first job in the recovery field?

Wilson: I was two years sober in 1973 when I became a counselor at Elmhurst Hospital in Queens, New York, for their alcoholism program. Because there was no counselor certification, I used Elmhurst as my volunteer work hours. I was told, “If you drink, don’t bother to come back.”

I worked at Elmhurst for 15 years, during which time I graduated from Adelphi University with a master’s In social work and became a certified alcohol and drug counselor. I left Elmhurst and began working at The Health Insurance Plan company of New York as a social worker.

Zenger: How long were you the director of Hackensack University’s alcohol and drug treatment program?

Wilson: I worked there for 21 years, directing the alcohol and drug treatment program beginning in 1987 until retiring in 2005. Everyone I hired wasn’t in recovery, but everyone I hired had a license or certification. I learned what an alcoholic needed in program administration.

If my employees were going to work with alcoholics and addicts, they needed to have some kind of educational background understanding of what an alcoholic was and was not. That didn’t mean that it had to come from them being an alcoholic.

But they needed to know what being an alcoholic and an addict did to the patients physically, mentally, spiritually and environmentally. I wanted to help the patients to be comfortable, stay sober and remain in recovery. I retired and moved to Savannah, Georgia.

Wilson: For three years, until 2009, I worked at the department of family and children’s services. My position was assessing parents who had their children taken away from them due to their substance-abuse problems.

Until working at Coastal State, I had always worked in an outpatient situation where people had the freedom to come and go. But as a prison contractor, you’re considered a guest in the state’s house. So in the middle of an assessment with an alcoholic or addict when the warden says “Lockdown,” they have to go back to their cell. Of the 1,800 prisoners, 450 were in the RSAT program who are addicts and alcoholics who violated their parole by drinking and/or drug use.

I drew on my personal experiences and the consequences of my being an alcoholic and addict to help them look at their own experiences. These were not murderers or bank robbers. Their problem was primarily being addicted to alcohol and/or drugs.

They continued to violate parole by drinking and drugging. They were not cognitively aware of wanting to drink and get high, thinking that the next drink is not going to be like the last one and that something different is going to happen, and it’s going to be favorable.

Zenger: How did you gain respect and become a change agent?

Wilson: My counselor’s role was to help them recognize the pattern that caused them to get locked up for the same charges. You’ll lose your freedom and be in prison with the consequences of not being able to sit on the toilet without 18 other men or women watching.

You have to get up and go to bed at a certain time. Unless they’re able to take a look at the consequences that come along with that, no matter the environment, they won’t recover. Some will believe you; most of them won’t.

What I learned from Al-Anon [Alcoholics Anonymous] is that you don’t have to get upset with people who continue to relapse. Unfortunately, in some cases, you have to allow them to do it their way and let alcohol and drugs do their job — and they will.

Zenger: How did you earn the nickname “Gangsta Grandma?”

Wilson: In prison, they’ve got nicknames for everybody whether you know it or not. If you’re not an inmate, then you’re the police. But once I told them my story, they didn’t see me as the police. What I did was share my background of having been involved in drugs and alcohol.

Prisons don’t care about who is an alcoholic or who is an addict. If you commit a crime because you’re an alcoholic, the prison system doesn’t care about that. If you’re charged with an assault and you were under the influence when you assaulted somebody, that assault takes priority.

Zenger: Where are your men’s and women’s sober living facilities, and how do you manage them?

They would have to return to their drug-using boyfriends or to drug-infested environments. I can house eight women, and I can house six men. Women have difficulty getting sober living like men because they think women are going to get pregnant or bring men.

Or that if something breaks in the house, women don’t have the skills to fix it. I provide affordable housing and income-based rent in a quiet, family-oriented, clean, residential, tree-lined neighborhood in Savannah, Georgia.

It’s a policy-protected neighborhood, giving them the opportunity to get themselves together where nobody’s hanging on the corner. They won’t get bombarded by someone selling drugs or men whistling at the women. Nobody’s standing on the street.

I bought and furnished the houses with my own money with some community donations. I provide furniture, utensils, pots, pans, sheets, pillowcases, quilts, beds, TVs, and musical equipment. The only thing they bring is their clothing and personal belongings.

The criteria for the housing is that you are involved in an outpatient treatment program, signing a release for me to obtain their urinalysis from that program. Nobody’s sitting around the house watching soap operas. You have to go to work or school. Their status is anonymous.

I tell the residents of my housing that there is no reason for you to hang over the back fence. You don’t have to tell the next-door neighbor that you’re an alcoholic and an addict and you just came out of the penitentiary. All they know is that you rent from Mrs. Wilson.

Zenger: How did you become an ordained minister and what is your spiritual message?

Wilson: I became a licensed Unity Teacher in 2006, and I am an ordained minister with the Unity Movement. I had been going back and forth to Unity village in Missouri for five years prior to that taking classes and studying.

I got into Unity when I was trying to get sober. My alcoholism had really gotten bad. I was hospitalized more than six times, and in those days, there weren’t any detox regimens. I was having a difficult time getting it together, and a woman who was suffering from schizophrenia came up to me and said, “You need to go down to Lincoln Center in New York and hear a man called Eric Butterworth.”

In 1971, before getting sober in 1972, I began to listen to Eric talk about the truth of how God loves me. I had never been in a church, per se, but it’s not really a church but a center where the ministers talked about there being one God who loves you just as you are.

My family was Methodist, so we were always preached at rather than taught. So I would rather be taught than preached, so I was being taught how much God loves me, and I began to believe that. I believe to this day that God wants me to be clean and sober.

Zenger: Can you discuss the notion of judgment?

Wilson: My minister is a Caucasian gay man who has been in recovery for 22 years. I have been taught through Unity that I look to what it is that you are doing with your life as it applies to my life. If I don’t want to be judged, then I can’t judge. Judgment is a full-time job.

I am not one to think that anybody is better than me regardless of what you’ve got, how you look, nor do I think I am better than anyone else. Unity has taught me to choose the battles that I want to fight, so I know how to remove Evelyn from certain battles today.

So I can love you and just move out of your way. Unity teaches me to be more of an individual. If I say that I want peace and love in the world, then I have to be a peaceful and loving person. God does not disrespect persons. God loves everybody.

That’s why there’s such diversity and why everybody is so different. If God wanted everybody to look the same, we would all have the same skin color, hair texture, and eye color. But God created us with diversity because diversity gives us the opportunity to love what we see.

What I say to the inmates is that God is a respecter of persons and that if God got me clean and sober, then God can get you clean and sober. The fact that you are locked up is a hiccup in life. People go through many hiccups in life, but the key is not to stop at that hiccup.

They do something about it, and they move forward. But you can only do that if you feel you’re worthy of doing that. My philosophy is the better you feel about yourself the better you’ll treat yourself.