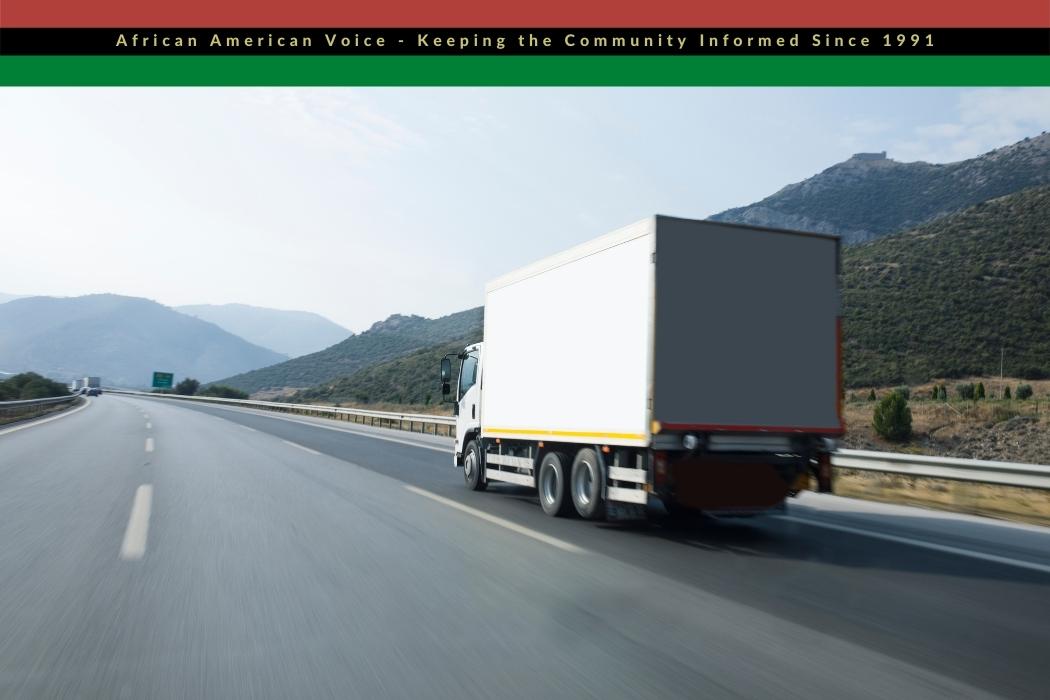 Jason Murphy says he owes his life to a high school English teacher who let him retake a failed test — a decision that ultimately allowed him to attend college and play football.

It’s primarily for that reason Murphy believes in second chances and saving lives, which is what his Baltimore-based Delivery 101 trucking franchise is all about.

Armed with 40 trucks and more than 80 employees, Murphy’s company boasts among its staffers formerly incarcerated workers whose records he has helped expunge. In doing so, the Baltimore native and Reisterstown, Maryland, resident is a catalyst toward allowing them to return to the workforce “because stable employment is a big part of breaking the cycle of poverty.”

Murphy, 39, was given a second chance as a senior in 2001 at Baltimore’s Edmondson High School, where he twice earned All-Metro honors as a football defensive end, was The Baltimore Sun’s 2000 All-Metro Defensive Player of The Year, and was a member of the late coach Pete Pompey’s state runner-up football team.

But were it not for an English teacher who allowed him to retake a failed test, Murphy may not have gone on to be a star offensive lineman at Virginia Tech, and, later, professionally with the San Diego Chargers, Seattle Seahawks, Tennessee Titans and, ultimately, the Baltimore Ravens.

And he most certainly would not be the man whose employees are given gift cards as incentives for their “safety and good standard of work,” said Murphy, whose wife of nearly 13 years, Robyn, is his business partner. They have two children, Jason Jr., 21, and Jessica, 10.

Murphy discussed his venture with Zenger.

Zenger: What is the origin of your altruistic endeavor, Delivery 101?

Jason Murphy: My daughter, Jessica, gave Delivery 101 its name. We just asked her to pick, and because she was about 8 years old at the time, that was her thought. It turned out to be clever and catchy. We’re proud of the community impact we are able to have.

Zenger: What are some perks of being a Delivery 101 employee?

Murphy: We currently have about 80 full-time and contractual employees and about 90 percent of them work for Delivery 101. We incentivize our drivers. We give away lunch gift cards for going over and beyond the scope of their duties.

Those duties include helping others by rescuing or helping to deliver other drivers’ packages or otherwise supporting their dispatch teams. During peak season, we give away big-screen TVs on a weekly basis to the top drivers that do well on driving safety.

Giveaways include [for] things like not having any call-outs or being late for work, and for generally going over and beyond the scope of their responsibilities. The goal is that everyone strives to do their best work, especially during the peak season when package count is high and work hours rise.

Zenger: Do you have any examples of high achievers?

Murphy: Mr. James Copeland had been demonstrating the ability to help so many other drivers and exemplified all of the qualities of a great driver. As a result, James received so many incentives that he soon rose to one of our more prestigious roles, being that of the dispatch position, which calls for training other drivers to do their jobs.

Zenger: How often are you a worker among the workers?

Murphy: I love working with my hands sometimes, so there may be days when I jump off the computer and out of meetings and I go change tires, tow a stuck driver or even deliver packages.

With my construction company, I enjoy estimating and measuring, and wearing my hard hat. There’s something satisfying about that kind of work.

Zenger: Can you discuss your courtship with Robyn and how your marriage works as business partners?

Murphy: We were always in the periphery of each other’s lives. In fact, our mothers went to Edmondson together and my mom and her uncle worked together for over 30 years. But we ultimately connected at a Carmelo Anthony charity event and started dating.

We dated for a long time before actually getting married. It was worth the wait, and I couldn’t have picked a better life partner if I had searched the world over. People ask how we can run a business together. But it’s really been easy even when we disagree because our values are so aligned.

Robyn is the smartest woman I know, and I think she would say the same about me because we plug in the gaps of each other’s strengths and weaknesses in a profound way.

Zenger: Who are your children and how critical was your foundational emphasis on education and spirituality?

Murphy: Jason is 21 and makes us proud. He’s a redshirt sophomore on a Division 1 basketball scholarship and on the dean’s list at the New Jersey Institute of Technology — one of the most competitive academic universities in the country. Being a student-athlete myself, I know how much dedication and fortitude those achievements can take.

Jason graduated at the top of his class at St. Frances Academy in Baltimore where he was senior class president and in the National Honor Society. Jason was also the starting center on a nationally ranked team that won the Catholic League and Maryland Interscholastic Athletic Association championships.

Jessica is 10 and in the fifth grade at a Baltimore private school where she is an equestrian and a social butterfly. She’s brilliant and she’s already 5-foot-10, so she’s currently experimenting with different team sports, but there’s no pressure. She played on the middle school field hockey team last fall despite not yet being in middle school.

Both of our children are the beneficiaries of our hard work and sacrifices. We grew up with really humble beginnings, so we want them to remain cognizant of their privilege and to carry it with grace. We have tried to lead our children to their own destiny by being supportive and keeping them grounded in strong spiritual values.