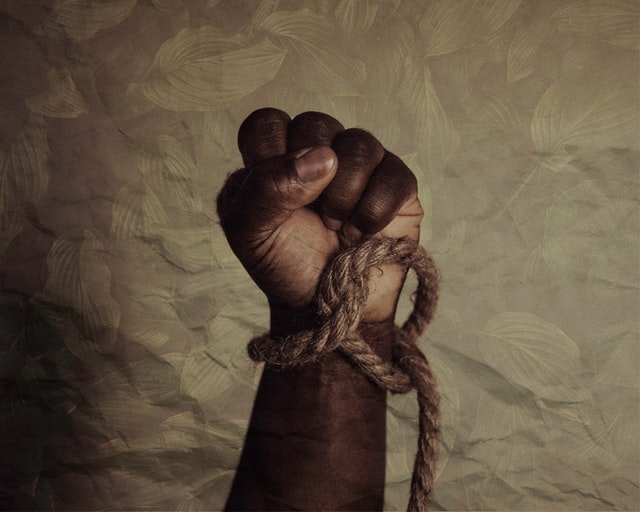 One petition has over 1.6 million signatures. Another was started by a Dallas Cowboys football player and another was started by the Los Angeles Clippers basketball team. Together they are among nearly 100 online petitions asking Congress and President Joe Biden to make Juneteenth an official national holiday. Together they have collected over 2.6 million signatures, but with more uncounted petitions on the popular website change.org., the number is likely to be much higher.

Juneteenth fever is sweeping the country and Congress is now poised to make the oldest African American celebration in America a national holiday.

On Tuesday, the U.S. Senate passed a Juneteenth bill after Senator Ron Johnson dropped his year-long fight to stop it from becoming law. The House moved to pass it a day later. President Joe Biden will bless it by signing it into legislation. On June 16, Illinois Governor JB Pritzer signed a bill that made Juneteenth a state holiday.

It’s a huge victory for activists across America, who over the last decade created hundreds of petitions to lobby local, state and federal lawmakers into making June 19 a holiday that commemorates the end of slavery. U.S. Troops liberated 250,000 Black slaves in Texas on June 19, 1865, two years after President Abraham Lincoln issued the historic Emancipation Proclamation.

Amid the bloody battles of the Civil War, the order on January 1, 1863, declared that enslaved Blacks in Confederate states in South were free. Slavery did not officially end until Congress passed the 13th Amendment in 1865.

Some 156 years later, 47 states recognize Juneteenth as a holiday, including Indiana and Illinois.

But on the world wide web, millions of virtual signatures are turning up on Juneteenth petitions to get the ultimate recognition on the national stage. One petition is from Illinois State Representative Thaddeus Jones, who sponsored the Juneteenth bill that will make the historic celebration a state holiday.

A Crusader search on change.org turned up 379 petitions relating to Juneteenth. The Crusader examined 200 of them and found that 96 were petitions to make Juneteenth a national holiday. Petitions were started by people of all races and ethnic groups.

In addition to petitions for local, state and federal holidays, included in the online format are petitions for major companies, including Walt Disney, UPS, Johnson & Johnson and JetBlue Airways, to make Juneteenth a paid company holiday.

There are also petitions for Chicago, Boston, Philadelphia and other cities to make Juneteenth a holiday. On Monday, June 16 Chicago Mayor Lori Lightfoot did just that, reversing her stance after saying that a Juneteenth city holiday would cost the city $100 million.

The Crusader found 11 petitions that demanded the cancellation of former President Donald Trump’s visit to Tulsa, Oklahoma for a campaign rally on June 19, 2020. One petition called on CNN to not report on the rally but instead air a documentary on Juneteenth. Despite the rally being over for nearly a year, the Crusader found that many of these petitions were still collecting signatures as they were being viewed.

But out of the 200 petitions, 96 or nearly half, called on lawmakers in Washington to make Juneteenth a national holiday.

Last year, the Clippers observed June 19 as a paid company holiday for employees of the team and their G League affiliate in Ontario and the Forum, which owner Steve Ballmer purchased in May, “in order to create space for reflection, education, action and engagement to advance racial equality,” the team said in a statement.

“The increased attention that’s been shed on it will help, but if it doesn’t, then it’s a missed opportunity. I pray people get it and understand this is an opportunity. If you really say you want to do something, we have a petition. If you say you’re looking for answers to why we’re still dealing with these issues, you can get those questions answered by watching the play.”

The petition that collected the largest number of signatures was created by 94-year-old Opal Lee from Fort Worth, Texas on October 20, 2019. The petition includes a collage of pictures of Lee walking and demonstrating among Juneteenth activists with placards.

According to her Juneteenth petition, Lee said she started a walking campaign to Washington, DC in 2016 to bring awareness to the two Juneteenth bills in the Congress, which is Senate Bill 4019 and H.R.7232 in the House.

In her petition, Lee says, “I believe Juneteenth can be a unifier because it recognizes that slaves didn’t free themselves and that they had help, from Quakers along the Underground Railroad, abolitionists both Black and white like Frederick Douglass and William Lloyd Garrison, soldiers and many others who gave their lives for the freedom of the enslaved.”

The Juneteenth bill in the Senate was foiled when in 2020 Senator Ron Johnson (R-Wis.) objected to the cost of granting federal workers an additional paid holiday, which he said is $600 million a year.

However, The Congressional Budget Office has not delivered an official cost estimate for the bill. Johnson proposed amendments that would offset the cost by either removing Columbus Day from the list of paid federal holidays or subtracting a day from federal workers’ paid leave.

In withdrawing his objection, Johnson said in a statement, “While it still seems strange that having taxpayers provide federal employees paid time off is now required to celebrate the end of slavery, it is clear that there is no appetite in Congress to further discuss the matter,” he said.

“For far too long, the story of our country’s history has been incomplete as we have failed to acknowledge, address, and come to grips with our nation’s original sin of slavery,” Markey said in a statement after the vote.

He said the legislation’s passage “will address this long-ignored gap in our history, recognize the wrong that was done, acknowledge the pain and suffering of generations of slaves and their descendants, and finally celebrate their freedom.”

Sourced From: The Chicago Crusader