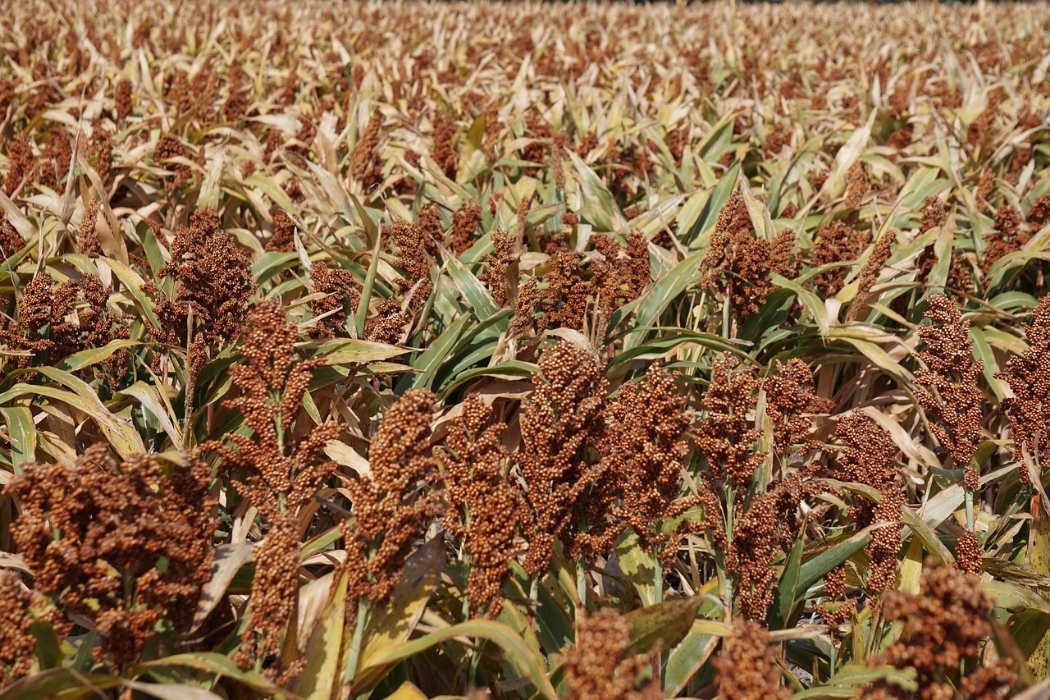 The program, known in the country as Pfumvudza, trains farmers in the use of small plots that retain water easily and are easier to maintain than larger plots. The goal is to bring food security to Zimbabwean families.

“The secret to the project’s success has been its scalability,” said Engelbert Chenjera, an urban small-scale farmer. “Conservation agriculture drastically reduces the workload for farmers and limits the size of plots, making it even more manageable.

“I am a beneficiary of the government’s Presidential Inputs Scheme and also from the private sector — Mukushi Seeds company. I planted sunflower, beans, maize, and sweet potatoes, and I am looking forward to having a good yield.  You can’t compare the current crop production with previous years. This year, we were fully supported, and it’s a bumper harvest,’’ said Chenjera.

During 2010-2013, support for the Presidential Inputs Scheme “was mobilized to develop small-scale agro-dealers by recapitalizing their input and grain marketing in rural areas, and voucher and e-voucher mechanisms were piloted and partially scaled up to target small farmers,” states a report by the World Bank.

The government introduced Pfumvudza for the 2020-2021 cropping season to address low levels of farm production.

After several years of poor rainfall seasons, this year the government partnered with the private sector, including Seedco and Mukushi, to roll out the Pfumudza concept nationally.

“We are currently doing a crop and livestock assessment exercise to come up with yields (metric tonnes per hectare) and production (tonnes) countrywide,” said Ministry of Agriculture principal agronomist Davison Masendeke.

Challenges in the past year

Erasmus Moyo, a small-scale farmer in Bulawayo, said his area is prone to drought, but as a result of too much rainfall this year, he had to plant maize, sorghum, and beans on his small plots.

“The majority of us benefited from the Pfumvudza inputs program here in urban areas,” he said. ‘’I had to adhere to minimum soil disturbance techniques. I would only dig a hole where I would plant seeds and leave the rest of the land undisturbed.

“The concept really paid dividends, and the issue of food shortage is now a thing of the past to my family,” said Moyo.

The Pfumvudza concept is meant to benefit all farmers in Zimbabwe. The aim is to grow yields at the household level, as this directly impacts the national yield level, which presently sits at between 0.5 tonnes per hectare to 0.9 tonnes per hectare. With exceptional genetics on the market, there is the ability to reach well above 10 tonnes per hectare.

Another farmer, Benson Ncube, said: “Wherever you go, it is promising a bumper harvest and seems a game-changer in the area of food security.” The Pfumvudza program helps farmers like Ncube save time, land, and money by reducing input and labor.

More than 8 million people in Zimbabwe were facing food shortages for several years, due to drought and cyclones linked to climate change and worsened by economic setbacks.

Many farmers who implemented the Pfumvudza concept are enjoying productive harvests. The country’s annual maize consumption was between 1.8 million tonnes and 2 million tonnes; therefore, the country had to import at least 1 million tonnes of maize in order to meet the local supply requirements every year.

In 2020, it was reported that Zimbabwe’s maize (corn) imports were at an 11-year high due to drought in the country.