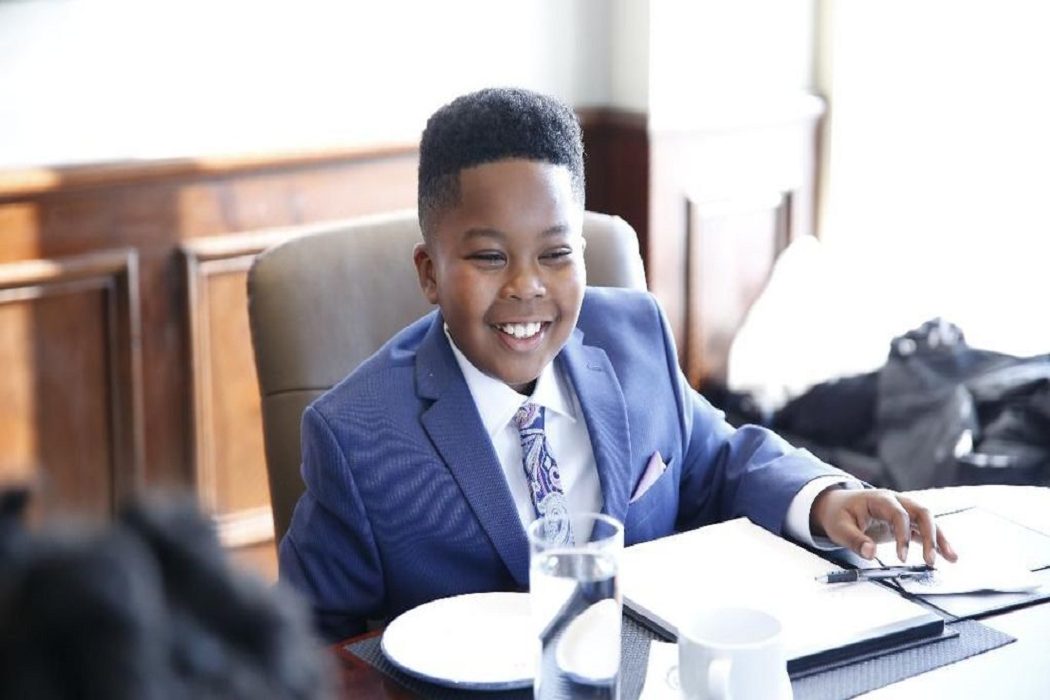 Ten-year-old Nicholas Buamah has been a busy kid — and he loves it. He understands there’s work to be done.

For one thing, the young Georgia native has his sights set on building a community library in Ghana, where his nonprofit organization, “Books Without Borders,” already donates books to less fortunate communities.

It was just three years ago that Buamah penned the book “Kayla And Kyle The Walking Dictionaries: Election Day Vol 1.” Inspired by one of his teachers to write about the election of President Barack Obama, the book became an international best-seller. He also recently released a single, “On The Clock,” which will be followed by an “On The Clock” Challenge, where Nicholas will award $3,000 to the winner.

He will be publishing more books by year’s end, including a Christmas book, co-written with his mother, Danielle Hubbard. Author, philanthropist, musician, and good heart best describe this singular young man.