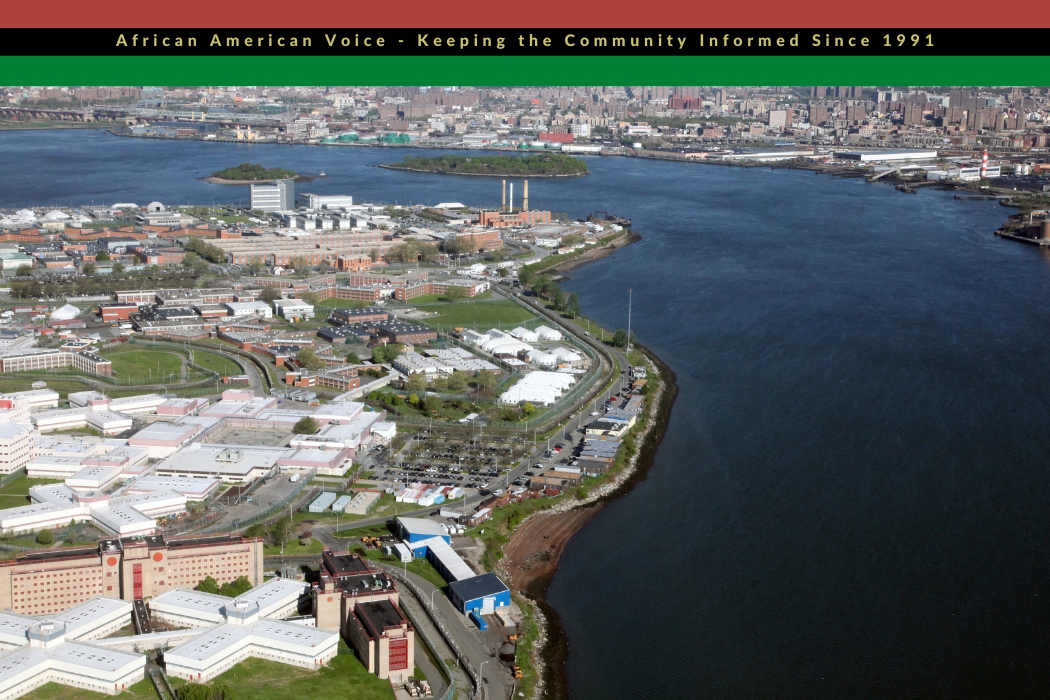 NEW YORK — Rikers Island jail is waging its own war.

At issue is whether a federal receiver takes the reins of the jail from New York City’s control. The next hearing on Rikers’ fate is in April.

However, on Nov. 17, a federal judge declined the request from lawyers, criminal-justice advocates and family members of inmates for a third party to try and reform the notoriously dangerous facility.

Judge Laura Taylor Swain agreed to allow NYC’s Department of Corrections, run by Commissioner Louis Molina, to try and improve the jail despite an independent monitor’s report that found conditions “dangerously unsafe” for both inmates and staff.

The embattled facility is located on an island in the East River between Queens and the Bronx.

“We don’t need the federal government to run our city, we can fix these problems,” New York City Mayor Eric Adams said at a recent news conference from City Hall.

So far this year, 18 people have died at Rikers Island jail, according to the Katal Center for Equity, Health and Justice, a nonprofit organization that wants to end mass incarceration.

Last year, 16 people died in the custody of the Department of Corrections

Yonah Zeitz, advocacy director for the Katal Center, said: “The violence at Rikers has escalated far beyond what the court found unconstitutional back in 2015. The federal monitor’s recent status update outlined how the deplorable conditions on Rikers are deteriorating and only getting worse under the Adams administration… We hope the court will hear the pleas of families in our City who have been harmed and even killed by Rikers, and order a receiver to take control of Rikers now.”

Zeitz also called on Mayor Adams to “move forward” with the plan to close Rikers.

The deaths underscore a justice commission’s recommendations to accelerate the closing of the facility, improve safety and find alternatives to incarceration. The Katal Center also notes the price tag of incarceration. It currently costs nearly $557,000 per year to detain a single inmate.

Some inmates reported “inhumane” conditions at the jail, including regular incidents of violence. Abraham Collazo said he entered Rikers with a hernia and has not been given adequate medical attention.  A female inmate housed at the Rose M. Singer Complex complained of unsanitary living conditions, poor quality food and inadequate staffing in her unit to keep inmates safe.

“We have to hear from the staff and the people there and remember people have a constitutional right to a speedy trial.” He added more than 1,000 people at Rikers Island spend a year or more while awaiting trial.

In addition, recent Department of Corrections’ statistics show conditions continue to worsen. There has been an increase in assaults on jail staff, slashings and an ongoing rise in the jail’s population, which now stands at nearly 6,000.

Earlier this month, a correction’s officer at Rikers was stabbed more than 15 times by a detainee being held at the facility on charges he murdered his pregnant girlfriend.

The Department of Correction’s press office did not respond to requests for comment about the facility.

Clashes over control of Rikers

NYC Comptroller Brad Lander is one of a handful of city politicians who has thrown his support behind a federal receiver.

“…I have come to the conclusion that to address the short-term crisis, which is rooted largely in deeply entrenched mismanagement of staff and union leadership recalcitrance, a receiver should be appointed,” Lander said in a statement. Whatever the court’s decision, he said Rikers closure must be expedited.

Conversely, Mayor Adams has maintained that conditions have been improving at the jail, citing a recent report by Steve J. Martin, the facility’s current federal monitor tasked with improving conditions at the facility, as a result of a 2011 class-action lawsuit.

Martin’s report acknowledged the horrible conditions, but also said the Department of Corrections was open to reform.

“Decades of mismanagement have created a deep-seated culture that is steeped in poor practices, illogical procedures, and little accountability for the humane treatment of people in custody,” the report reads. “In practical terms, this means that nearly every facet of the jails’ operations, procedures and practices needs to be dismantled and reconstituted to reflect quality practice.”

However, it also said: “The leadership team has initiated concrete and tangible solutions for how to move reform forward.”

If a “receiver” were ordered for Rikers, that person would manage various functions of the facility, which could be negotiated by the city, from mental-health services to staffing and hiring decisions.

Since taking office in January, Adams has been opposed to any type of federal takeover of Rikers, viewing it as a “loss” and key failure of his administration.

The mayor’s office didn’t respond to a request for comment, but Adams told reporters in May that a receiver for Rikers would essentially say “…we can’t do our job,” and “What’s next? Do they (the federal government) take over our Department of Sanitation? Probation?” he asked.

“I’d be 100 percent sure a receiver would be granted in November if it was based on looking at the need and what’s happened at the facility in just the past year,” said Sarena Townsend, a former correction’s investigator at Rikers. “But, this isn’t just about the evidence, it’s about politics and that lowers the chances of this happening to 50-50.”

Townsend said: “Every single decision our mayor makes has everything to do with his ego.”

She also said the mayor doesn’t appear to know what a receiver does, since he’s compared it to the federal bureau of prisons taking over. A receiver is a person appointed by a federal judge to make necessary changes at the facility, such as improving living conditions, monitoring use-of-force and then, after a specified time period, giving the facility back to the city, Townsend said.

In 2019, a plan was approved by the New York City Council to replace Rikers with four borough-based, more humane and safer community jails in Manhattan, Queens, Brooklyn, and the Bronx. The catch: This plan cannot go forward unless the jail population is brought down to around 3,000.

Appointing a receiver for a jail is rare, and has happened only about eight times.

Most recently in July, a federal receiver was appointed to take over operations at the Raymond Detention Center in Hinds County, Mississippi.

But not everyone is a fan of replacing Rikers with a system of borough-based jails.

“Having prisons in every borough is not a good idea. … We’ve had them before, such as the Bronx House of Detention up by Yankee Stadium,” said Joe Giacalone, a former NYPD sergeant and current professor at John Jay College of Criminal Justice in Manhattan.

“If you’re looking to save Rikers Island, then yes, federal receivership is the way to go… [Rikers] is perfectly located, surrounded by water… it’s only meant to be a temporary holding area. “As the city’s corrections commissioner from June 2021 to January 2022, Vince Schiraldi thinks a federal takeover is a real and necessary step to get control of Rikers. “Slashings and other forms of violence are up since last year, and the facility continues to lose staff to sick time and injuries.” He said some areas of recent improvement include a decline in use-of-force incidents and overall fights.

“The judge will have to make this call once she gets the report,” said Schiraldi, who points out that the appointment of a receiver covers “a lot of territory” and there are many ways to achieve the management function that defines it. If a receiver does happen in Rikers, he said New York City could benefit by not fighting the order. Instead, if it negotiated the terms of the receiver, it might regain control of the facility in a shorter time frame

The situation at Rikers remains complex.

“A full receiver is something that’s done when the jurisdiction is acting in bad faith — and I don’t think there’s any indication that’s the case in NYC,” said Martin Horn, who served as the city’s correction’s commissioner from 2003 to 2009. Horn, a prison consultant who teaches at John Jay College of Criminal Justice said a receiver has “symbolic value,” but it’s not a panacea.

“One person can’t magically be able to cure all of Rikers problems.” While he gives Commissioner Molina some credit for “trying to do the right thing, no one knows the answer regarding Rikers. It’s taken decades of neglect to get to where it is now.”