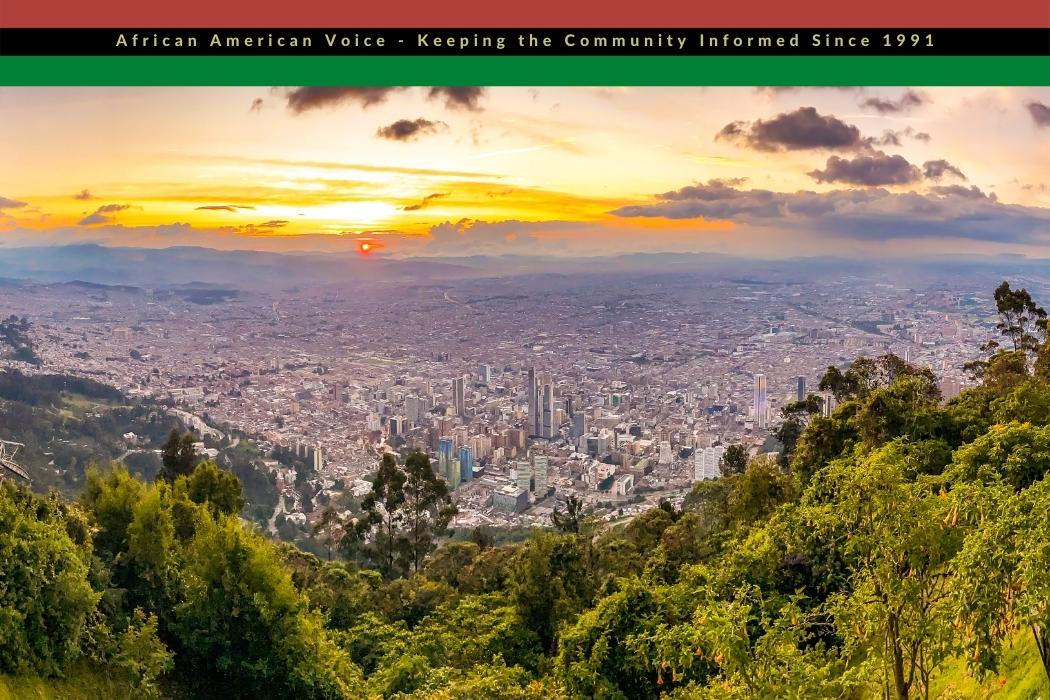 The conference was a first for Latin America

Present at the inaugural ceremonies were several Latin American presidents and vice presidents, as well as the Prime Minister of Guyana.

“The inauguration ceremony was very impressive, with lots of pomp and circumstance,” said Rojas, who also represented the New York-based Institute of the Black World 21st Century (IBW). “But, most significantly, it was the first such ceremony in the history of the country that was conducted in the open, in Bogota’s central plaza, where hundreds of thousands of ordinary Colombian citizens were able to witness the swearing in of President Gustavo Petro and Vice President Francia Marquez Mina.”

During his presentation, Rojas spoke about the evolution of the global movement within the past 10 years and he referenced the speech by Ghana’s President Nana Akufo-Addo at the historic reparations summit in Accra a few days before the Bogota conference, in which he called for reparations for the entire continent of Africa for the harms caused by European colonialism and the Trans-Atlantic Slave Trade.

Rojas also referenced a recent meeting of global reparations leaders with Vatican officials to address the role of the Roman Catholic Church in the transatlantic slave trade. At that meeting, the reparations leaders recommended steps the Vatican can take to help the descendants of enslaved Africans achieve justice and repair.

Representatives of the other delegations in Bogota also reported from their respective national perspectives on the local work being done toward reparative justice.

Vice President Marquez Mina made a brief presentation at the end of the conference in which she noted the historic significance of the gathering and announced that she will be leading a new Ministry of Equality, which will include a reparations portfolio. She also stated that the new government will soon be establishing a national reparations commission within her ministry.

Source: Published without changes from Reparationscomm.org