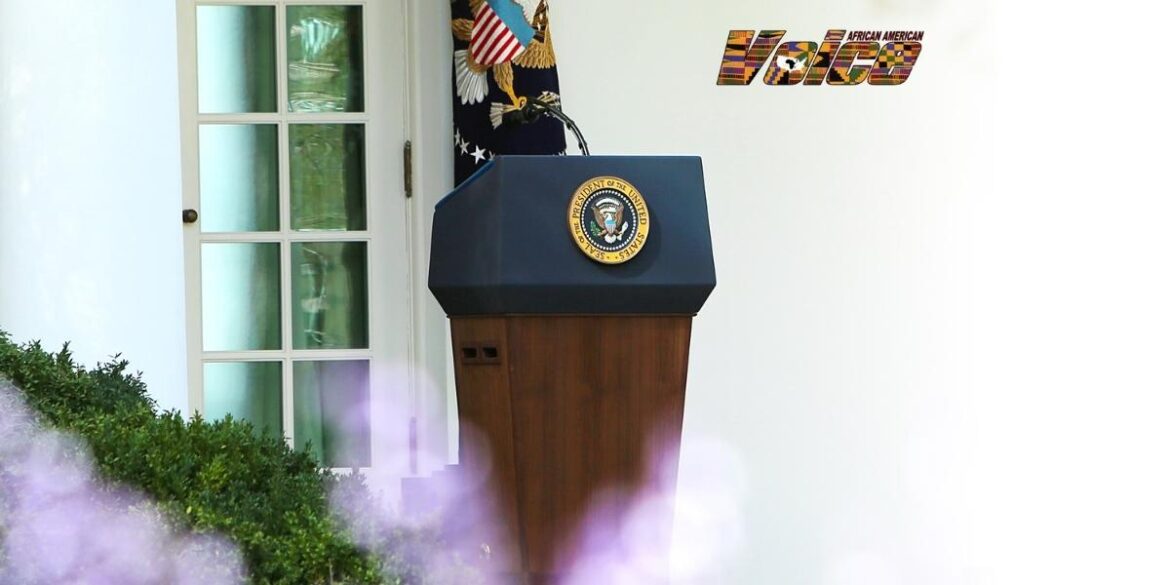 I do this thing in my head with President Joe Biden. When he gets on my nerves, I often call him President. When I want something from him or want to thank him for something, I call him Brother Biden. As I write this, I thank him for our incoming Supreme Court Justice, Ketanji Brown Jackson, and I’m celebrating her gracious, humble, generous presence like so many of us. This woman inspires me, and that’s an understatement. I admire how she has managed to keep her effervescent smile through the kind of nonsense that would have me throwing punches. Ted Cruz, really? Lindsey Graham, really? These privileged white men attempted to rattle the cage of a woman who could be taken off her game. May we all have some measure of her restraint.

So thank you, Brother Biden, for doing the right thing. But it isn’t the only right thing you can do. You talked about reparations during the 2020 campaign. Now there is legislation in the House of Representatives to pass HR 40, the legislation that Congressman John Conyers (D-MI) introduced annually since 1989, and that Congresswoman Sheila Jackson Lee (D-TX) is now carrying. The votes are almost there, but the Senate will not pass it. Why not do an executive order to study the reparations issue officially. It would take a stroke of your pen to make this happen. Why won’t you do the right thing?

You also agreed to forgive some student loan debt. While it is clear that there is some pushback on forgiving all debt, why not take the first step by forgiving some of it? With a stroke of a pen, you could forgive at least ten grand of it for everyone who carries debt, and we know that Black folk, in particular, have more. What is preventing you from honoring a campaign promise and helping needy people?

As an educator, I’m more than familiar with the equity arguments that the likes of Senator Joe Manchin (D-WV) make. Is it fair for working-class folks to carry the debt of the highly educated? Did people take out too many loans for the wrong purposes? What will loan forgiveness cost? From an equity perspective, Manchin may have a minor point. There is a flip side, though. What will it cost us if we don’t forgive the loans? We already see the delayed adulthood of some young people with the accelerated adulthood of others. In other words, affluent young people buy homes, while young folks with less privileged backgrounds are graduating college and moving to their parent’s homes, crippled by student loan debt. These different circumstances exacerbate the wealth gap. Brother Biden, you have an opportunity to make a difference in millions of lives.

Democrats are sitting in the crosshairs. They are worried about the 2022 election and turnout when President Biden’s (not Brother Biden’s) rankings are tanking. He has options, though, and one of them is to keep more of his promises. It would take him five minutes to do student loan forgiveness. It would take another five to offer an executive order about reparations. And most importantly, it would take him some concentrated effort to put his shoulder to the wheel on voting rights.

The Republicans in the Senate do not have his back, even as a special few supported the nomination of incoming Justice Ketani Brown Jackson. Those same three – Senators Susan Collins (R-ME), Lisa Murkowski (R-AK), and Mitt Romney (R-UT) know that voting rights have been trampled on. They know that they can do the right thing. They won’t do it because they don’t have to and because too many of them are currying favor with the former President to speak out of their integrity.

They spoke of their integrity when they voted to confirm incoming Justice Ketanji Brown Jackson. They spoke of integrity and history when they stood up and explained their votes. They spoke lofty words, but there are only a few words they will use to stand up against their bullying party. We have to give them credit for speaking out, but we must also ask why more Republicans won’t stand on the side of integrity.

Instead, we have blustering bullies who would publicly bully a woman of extreme faith and integrity, who are more enamored with their own voices than with the truth. President Biden, stop trying to reason with these idiots. Stop being a Senator and start being a President. Use your executive orders to move your student loans and voting rights agenda. Push them to the limit, like they are pushing you to yours. Thank you for Justice Katanji. Is it within the realm of possibility that I might thank you again in these next few months? I hope so.