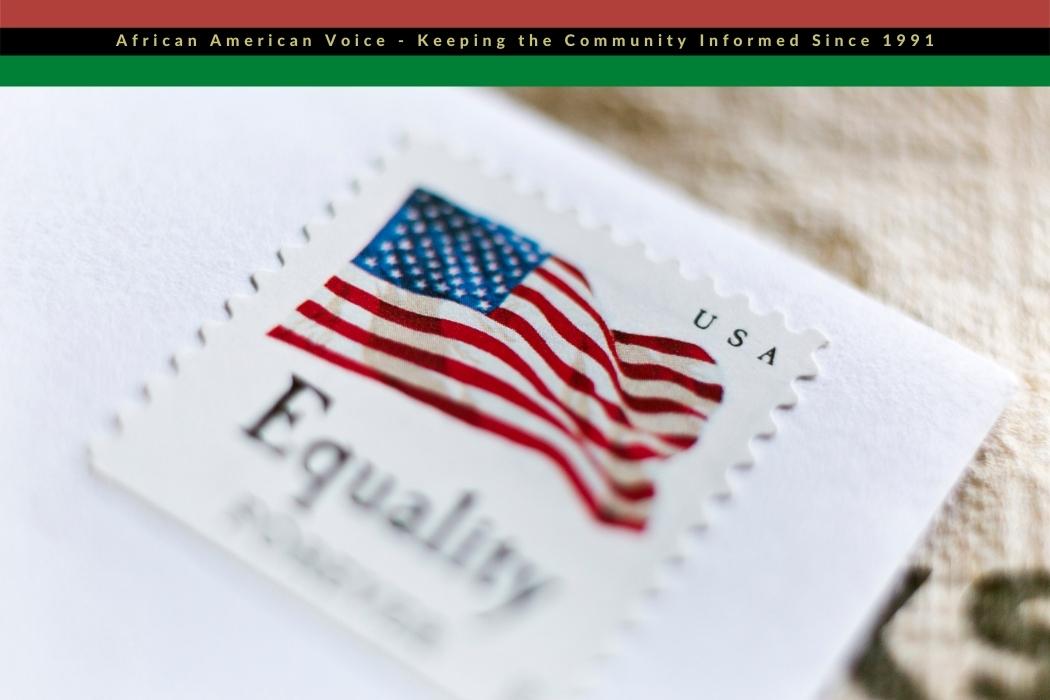 WASHINGTON, Jan. 26, 2022 /PRNewswire/ — The U.S. Postal Service today celebrated the life and legacy of Edmonia Lewis, the first African American and Native American sculptor to earn international recognition, as the 45th honoree in the Black Heritage Stamp series during a first-day-of-issue ceremony at the Smithsonian American Art Museum.

“Edmonia Lewis was a woman of great courage, talent and perseverance who broke through gender, race and class barriers,” said Dr. Joshua D. Colin, the Postal Service’s chief retail and delivery officer, who served as the dedicating official. “The Postal Service is proud to honor this great American sculptor with a beautiful commemorative Forever stamp.”

“As the holder of the largest collection of Edmonia Lewis’s work, the Smithsonian American Art Museum has a long history of championing this great American sculptor, and we are delighted to host this first-day stamp event in her honor,” Stebich said.

The Edmonia Lewis Forever pane of stamps is now available at Post Office locations nationwide. News of the stamps is being shared with the hashtags #Edmonia Lewis and #BlackHeritageStamps.

The Stamp art features a casein-paint portrait of Lewis, based on a photograph by Augustus Marshall made in Boston between 1854 and 1871. Alcalá designed the stamp with art by Alex Bostic.

The work Lewis produced during her prolific career evokes the complexity of her social identity. Known by an Ojibwe name that translated into English as Wildfire, she made and sold crafts for tourists for part of her childhood when she lived with her aunts near Niagara Falls, NY. Many details of Lewis’s early life are unclear, and Lewis herself cultivated a deliberate air of mystery about her upbringing. Her brother, a successful entrepreneur, appears to have funded her education – a rare opportunity for a young American woman in the 1850s.

Lewis’s drawing of the muse Urania, her earliest known work, was made during her time at Oberlin College in Ohio. In Boston in the early 1860s, Lewis sculpted clay, plaster and marble busts and medallion portraits of famous men and women. She exhibited and sold plaster-cast replicas at public events.

In 1865, Lewis sailed for Europe and settled in Rome, where she created marble neoclassical sculptures that often incorporated African American and Native American subjects. A Roman Catholic, she also made numerous religious sculptures and took commissions for sculptures for churches in Baltimore and Scotland. At the time, her studio became a must-see attraction for American tourists. She continued to sculpt busts of prominent Americans who visited Rome in the 1870s and 1880s, and she frequently returned to the United States to exhibit and sell her work.

With heightened attention to Lewis’s life and career in recent decades, previously unlocated works have come to light, and she has become more widely represented in museums and private collections. As the public continues to discover the beautiful subtleties of Lewis’s work, scholars will further interpret her role in American art and the ways she explored, affirmed or de-emphasized her complex cultural identity to meet or expand the artistic expectations of her day.

Additional information about Edmonia Lewis is available on the Smithsonian American Art Museum’s website and on Google Arts & Culture.

The Edmonia Lewis Heritage stamp is being issued as a Forever stamp, which are always equal in value to the current First-Class Mail 1-ounce price.

Customers may purchase stamps and other philatelic products through The Postal Store at usps.com/shopstamps, by calling 844-737-7826 or at Post Office locations nationwide.

Information on ordering first-day-of-issue postmarks and covers is at usps.com/shop.

The Postal Service generally receives no tax dollars for operating expenses and relies on the sale of postage, products and services to fund its operations.