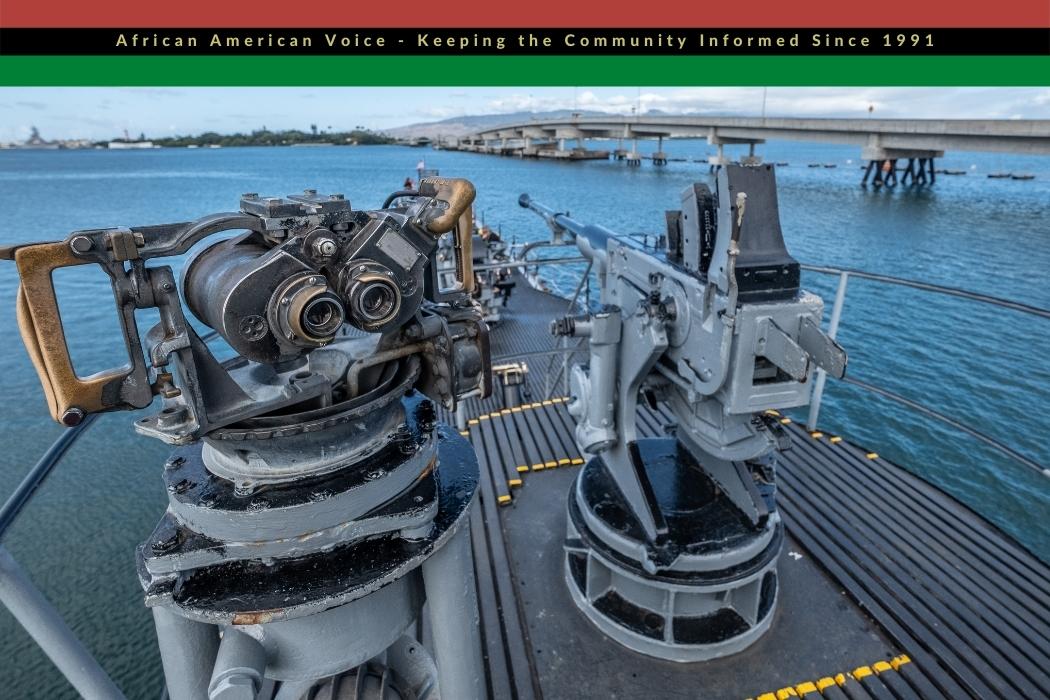 Less than a month before his twentieth birthday, Miller enlisted in the United States Navy. Following boot camp training in Norfolk, Virginia, he was assigned to the USS West Virginia as a messman, an enlisted man on temporary duty in the sailors’ or officers’ dining quarters who serves food, clears the tables, and other duties. When the Japanese attacked Pearl Harbor on Dec. 7, 1941, Miller was doing laundry below decks. During the attack, he helped several sailors who were wounded, and while manning an anti-aircraft machine gun for which he had no training, he shot down several Japanese planes.