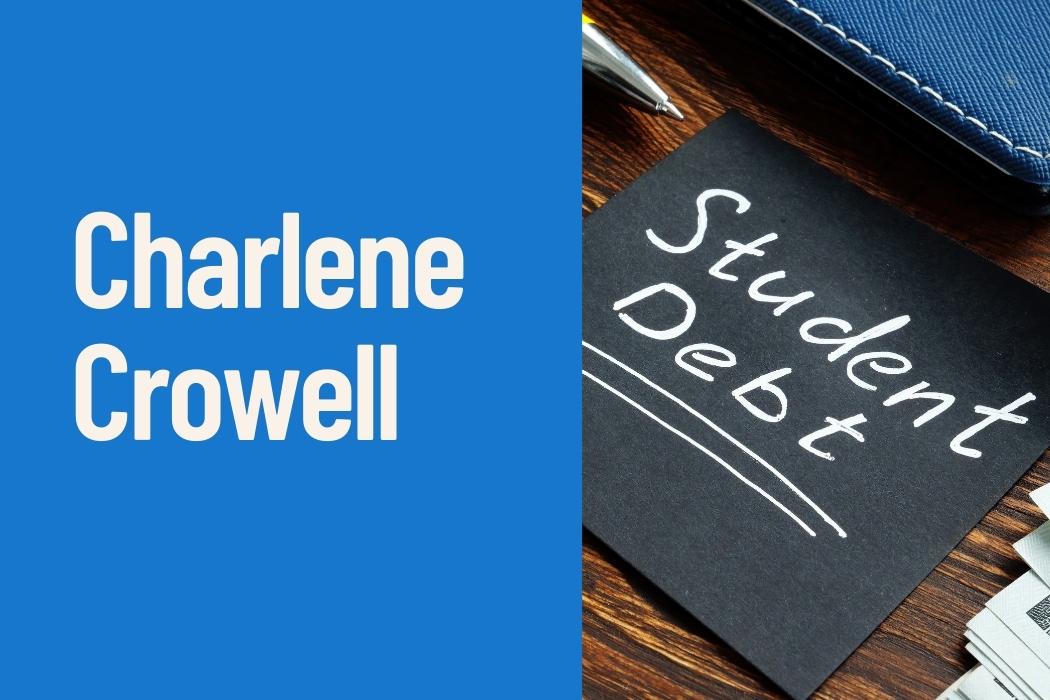 As the cost of a college education continues to rise, an estimated 45 million consumers collectively owe a record $1.7 trillion in student debt, according to the Federal Reserve — a $905 billion increase in just the past decade.

For Black America, the struggle to gain a college education is an even more daunting challenge. While historically Black colleges and universities (HBCUs) continue to provide value-priced higher education compared to non-HBCU institutions, financing college often means students and families alike taking on loans that can take decades to retire.

An Oct. 28 virtual panel of student debt experts and cancellation advocates discussed how the ongoing student debt crisis has generally affected Black borrowers nationwide, and particularly Black borrowers at HBCUs. Co-convened by the United Negro College Fund (UNCF) and the Center for Responsible Lending (CRL), and funded by a grant from the Lumina Foundation, the forum emphasized the need for across-the-board student loan cancellation, as well as increased HBCU funding.

“We were taught early on if you go to college, you do well, you can have a great life, only to find ourselves in a debt cycle that many will not be able to get out of,” said Derrick Johnson, a panel participant and president of the NAACP. “Almost half of the Black graduates owe more on their undergraduate student loans four years after graduation than they did when they received their diplomas.”

“Not only do they have less wealth to borrow on to pay back loans because of the racial wealth gap, but the underfunding of HBCUs compound the financial challenges which result in higher debt for students who attend these schools,” Adams said.

The North Carolina congresswoman speaks from experience. An HBCU graduate and professor for 40 years before joining Congress, Adams is also the founder and chair of the Congressional Bipartisan HBCU Caucus. Since its inception in 2015, this bipartisan and bicameral caucus has procured $1.3 billion for HBCUs to rebuild campus infrastructure and $40 million in HBCU scholarships for land grant colleges through the Farm Bill.

For the estimated 300,000 HBCU students attending one of the 101 accredited campuses spread across 19 states, the District of Columbia, and the U.S. Virgin Islands, these funds help but do not fulfill the escalating costs of securing a college degree. Among these students, 80% are Black, 70% are from low-income families and 41% are the first generation of their family to attend college, according to UNCF.

As a result, many HBCU students and their parents often need a combination of student loans, Pell Grants, and jobs to offset limited family contributions to college educations.

As students increase job hours as part of financial aid packages, the amount of time required to complete a traditional four-year degree is also increasing.  Today, most students – 60% — earn their baccalaureate degrees in six years. Only 39% graduate in the traditional four years. And the longer it takes to graduate, the number of loans and their indebtedness increase as well.

Pell Grants, a needs-based federal program designed to serve low-income students and their families, has also failed to keep pace with rising college costs. The maximum annual Pell Grant award for the 2020-2021 school year is $6,345; due to the program’s sliding scale that takes family income, size, and contributions into account, this aid can be as low as $639. In the 2019-2020 academic year, approximately 6.9 million students received a Pell Grant that averaged $4,117.

While this amount of financial assistance is helpful, the actual annual cost of college surpasses the financial capabilities of most Black Americans. For the 2020-2021 academic year, the annual average cost of attending a moderately-priced, in-state public four-year institution is $26,820. For out-of-state students attending the same college, the annual cost jumps to $43,280, and the average cost of attending a private, four-year college is even higher at $54,880.

By comparison, the annual average cost of attending an HBCU is 28% less than that of a non-HBCU institution, according to UNCF. Average public HBCU tuition and fees for the same academic year are $7,195 for state residents and $14,966 for out-of-state students. At private HBCUs, like Howard University, Morehouse, and Spelman Colleges, annual costs run higher but are still less than $30,000.

When median family incomes are compared by race, the ability to finance a college education shows stark differences. In 2020, Black median family income was $57,480, while that of white families was $96,170, according to the College Board, a nonprofit institution that since 1900 has been dedicated to promoting excellence and equity through research and advocacy on behalf of students, educators, and schools.

In response to these and other educational concerns, a growing chorus of stakeholders are calling for federal student loan forgiveness to alleviate decades-long debt and give all college graduates the opportunity to build wealth.

Graduates from many HBCUs earn starting salaries in excess of $50,000. Further, for STEM graduates, starting salaries can bring more than $60,000. At face value, these salaries seem sufficient to begin a career — until the cost of student loan repayment takes several hundred dollars each month away from net earnings.

“HBCUs are known for their culture, homecomings, but more importantly, they produce the world’s greatest and top black doctors, lawyers, engineers, and STEM graduates,” said Jaylon Herbin, panel moderator, and a CRL Outreach Associate. “Without our HBCUs, Black America would not be what it is today. We must continue to leverage the support and funding for HBCUs so that the graduates that they produce are not burdened by student debt.”