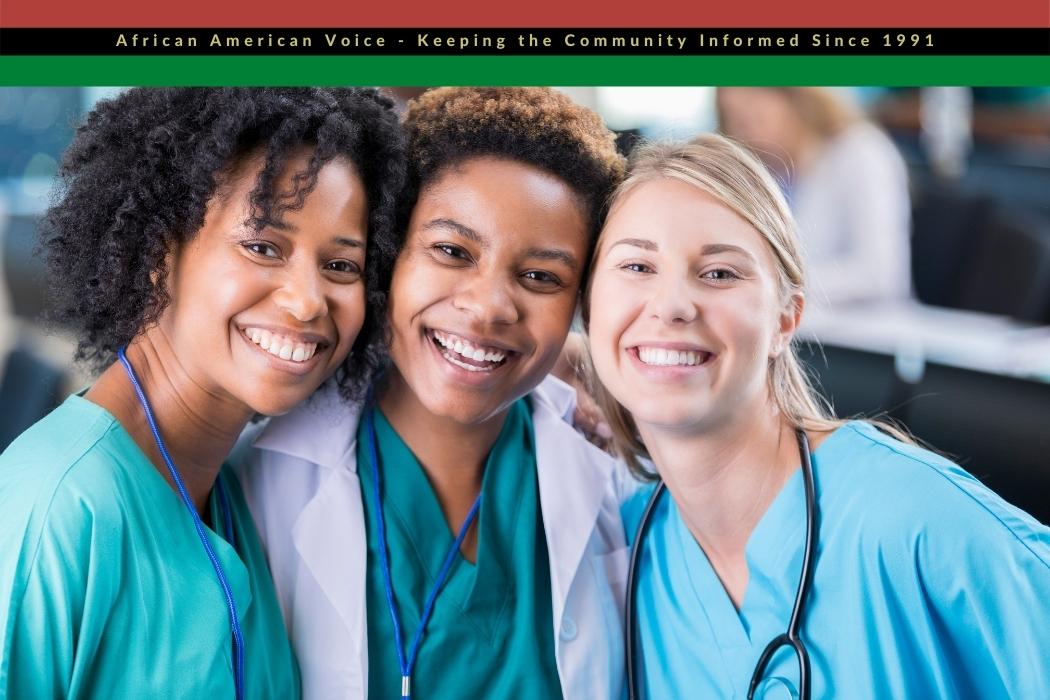 Dr. Laila Hishaw turned an “ah-ha” moment three years ago into a mentoring program for youngsters of color who might want to pursue a career in dentistry.

Dismayed by the small number of black dentists in the United States — fewer than 4 percent of the total, according to the American Dental Association’s Health Policy Institute — Hishaw took action.

“I just put out a post, shared the stats, and said ‘whose kid can I mentor?” said Hishaw, a pediatric dentist in Tucson, Arizona.

“When I saw the responses, I saw that parents wanted their kids to know about dentistry. I said to myself I just have to mentor because if more kids knew about the rewarding careers in dentistry, then we’d gain that interest.”

What started as a small-scale social-media campaign evolved into the Diversity in Dentistry Mentorship Program, a nationwide nonprofit that promotes the profession to middle- and high-school students. It features dentist mentors to provide training and counseling to pre-dental students.

“We try to reach them early,” said Hishaw. “Education is one of the barriers for students of color. If a student of color expresses an interest in the medical field, guidance counselors always guide them toward nursing or medicine, never dentistry.

When Hishaw received her doctorate in dental surgery from the University of Missouri-Kansas City in 2000, she said she was one of only a few students of color. But as a new practitioner trying to build and grow a practice, she was “kind of in my own world.”

“Studies show that minority patients are more likely to visit medical professionals from their own communities,” Hishaw wrote in an April 2021 ADA News op-ed. “Without dentists of color, minority groups often go without the dental care they need.

“Much of this has to do with cultural understanding and trust — or lack thereof. Regaining the trust from black communities, particularly in older populations, is necessary, due to the historical unethical betrayal by government agencies,” she wrote.

The outcomes are problematic.

“If more communities had dental professionals who looked like them, would they be more willing and able to access the dental care they need? I believe so,” Hishaw said in her op-ed.

While Hishaw is working to “lengthen and strengthen” the dental pipeline from middle school to dental school, the push for diversity has its detractors. Dr. Drew Jones, a dentist and former adjunct professor at Roseman University of Health Sciences, College of Dental Medicine in South Jordan, Utah, believes culture and excellence will elevate dentistry.

“Diversity may or may not elevate dentistry, but excellence will. When our country downplays meritocracy and excellence, we are hurting ourselves,” Jones wrote in an op-ed published in April in the Journal of the American Dental Association.

“Families are the greatest indicator of a child’s success,” he wrote, concerned about the number of out-of-wedlock births.

“The percent of births that occurred outside of marriage also increased for non-Hispanic black women (black) between 1990 and 2016, from 63 to 69 percent,” according to Child Trends.

“Change the culture to one which is more friendly to education, and the number of black dentists will change,” he wrote.

He also asserts that Hishaw’s largely white patient count and a degree from a predominantly white university undermine her credibility as a proponent for diversity.

The National Dental Association, which has more than 7,000-members and “promotes oral health equity among people of color,” released a statement in June condemning comments Jones made in a letter to Hishaw, an association member.

“For more than a century, our devoted members have treated patients with compassion and professionalism in the communities from which we come,” the association said. “But racism is born of that insidious combination of ignorance and racial privilege, and Dr. Jones’ letter is a clear indication that both are alive and well within the dental profession.”

The contents of his letter were not published.

Association president Dr. Pamela Alston told Zenger: “There are a lot of white people out there who feel that black people should be down and out all the time, and he’s caught up in that. I think he’s had some challenges in his life, and he felt he should have what she has. He’s jealous because she’s not like his stereotypical black person.”

In his op-ed, Jones wrote: “As someone who has lived in Asia for 10 years and whose wife is Chinese, I can speak with some knowledge about why Asians are ‘disproportionately’ represented in dental schools. In a single word: culture. Asian culture puts a high priority on education and especially in the sciences, engineering, and medical/dental areas.

“The Asian culture of education will produce students who have … ‘motivation, dedication, and pride.’”

Next steps for Diversity in Dentistry mentorship program

Hinshaw said her vision for her mentorship program is to raise the percentage of black dentists by double digits. One industry executive is teaming with her to help reach that goal.

“Lack of diversity in dental medicine deprives the profession of innovators and leaders, and can limit access to dental care in key communities across the U.S.,” said Chuck Cohen, managing director of Benco Dental, a dental supply distributor based in Pennsylvania. “Mentoring programs like Dr. Hishaw’s are particularly impactful because they touch the lives of future dental professionals in highly personal and meaningful ways.”

The all-volunteer program seeks to expand its network of mentors while staying in touch with dental-school students through video chats, telephone calls, and text messages. A Diversify Dentistry Youth Summit is slated for Nov. 1 in Scottsdale, Arizona.

“If we can increase the dental-school applicant pool of underrepresented students, surely the faces of dentistry will reflect that of our nation’s ever-increasing diversity,” Hishaw said in her op-ed.

“I don’t know whether that young, curly-haired patient of mine will become a dentist one day. I hope she’ll consider it. Regardless, I’m sure she will never forget how it felt to see a black female dentist who looked just like her.”