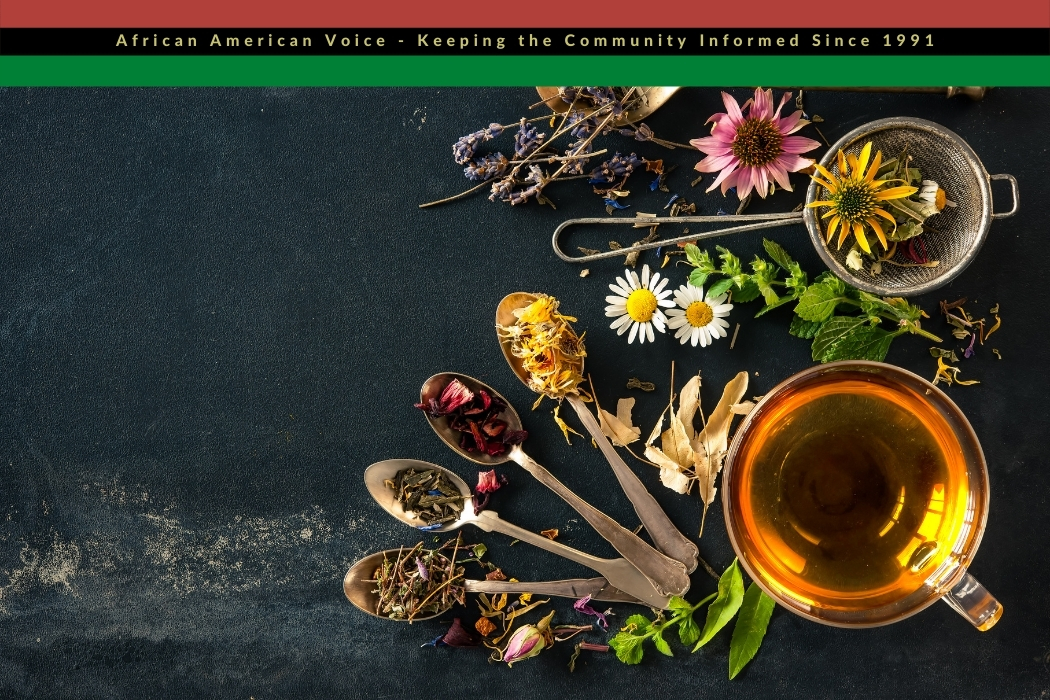 Using what she says is a neuroscientific approach that involves changing her clients’ “programming” about money, she transformed her House of Icons into a nearly $3 million company since it launched in 2009.

“I have an obsession with the brain, subconscious programming, and how it works,” said Synclair. “If we can break down the negative programming, and embed new programming, and see more people who look like us, we can truly see what’s possible. If you really want to make this shift, you can’t keep taking in things that don’t match up or align with where you’re going.”

As the pandemic gripped much of the world last year and brought about a “stillness” that enabled her to reassess her personal goals, Synclair decided to leave the consulting world to become a “tea-preneur.” Today, she is the founder and CEO of La Rue 1680, a luxury loose-tea company that has evolved into a home lifestyle brand focused on the mind-body wellness connection.

With a nod to the global success of British dramas such as “The Crown” and “Bridgerton,” Synclair is challenging American coffee culture with a line of custom teas and accessories. She projects $10 million in annual sales by 2026. Today, she said, La Rue 1680 is valued at $2.7 million.

“I was always interested in creating a product that my son could sell, and his children could sell, and create real long-term wealth for future generations,” Synclair said. “Let’s face it, we don’t have amazing teas in the U.S. We don’t have a tea culture; we’re more of a coffee culture. So, I thought this would be a really good time to step into this.”

The global tea market was valued at $55 billion in 2019 and is projected to reach just under $69 billion by 2027, according to Research and Markets analytics firm based in Dublin, Ireland.

Tea sales have also been on the rise in the United States, jumping from $1.8 billion in 1990 to an estimated $13 billion in 2020, according to a report by the nonprofit Tea Association of the U.S.A. released last February.

“The specialty tea sector is one in which the pandemic actually spurred growth,” said Peter Goggi, association president. “Tea is seen as an enabler for de-stressing and helping consumers achieve ‘centeredness.’”

Though the company is barely a year old, Synclair said she’s looking to move beyond being a direct seller to becoming a player in the retail space. This opportunity to expand her customer base comes with a major challenge.

“Having locations where people can go in and smell the tea is really important because we want people to fully experience what La Rue 1680 is all about,” said Synclair. “But the challenge is that our price point makes us a luxury item in line with tea you’d get from England or France. We’re not in line with a $3.99 or $5 tea you’d get from Target; our average price ranges from $15 to $18, so we’d have to be in places like Neiman-Marcus, Bloomingdale’s or Dean and De Luca.

“I go back and forth on the issue because I don’t want to take on investors.”

Synclair’s love affair with tea was not a conventional courtship. It was’t until her 2012 trip to Asia with her son, Caden, now 14, that she discovered an appreciation for tea.

“I hated tea before we started traveling,” she said. “But, [Caden], from a very young age, always liked hot tea.”

While getting a massage in Bali one day, Caden pleaded with his mother to try his cup of hot tea.

“In all transparency, I tasted it only to get him to leave me alone,” Synclair said, “but I was like, ‘What is this? This isn’t tea.’ The blend of ginger and turmeric, as well as black tea, was pretty amazing. I realized then that I had a one-dimensional view of what tea was. But even then, I never thought I’d be selling tea.”

Today, La Rue 1680 operates out of a warehouse and office complex in Alpharetta, Georgia, north of Atlanta, and offers more than 23 types of tea, each infused with flavors such as peppermint, rose hips and calendula.

Synclair said she “plays around in the kitchen all the time” to create the tea blends and partners with a Canadian company to perfect the final products.  She said the newest additions — a ginger and turmeric blend and the Ayurveda wellness blend — provide relief from inflammation and stress.

Some of La Rue 1680’s flavors, such as vanilla chai and pomegranate hibiscus, are ideal for use in cocktails, she said.

“La Rue 1680 is a European-inspired line, and the name literally means ‘the street,’” Synclair said. “But, one thing I always say is that La Rue 1680 is a way to transport yourself to any street, any place in any country you want to be in. The coffee culture in America is very ‘to-go.’ With our brands, it’s about slowing down, stopping, being present in the moment. It’s almost meditative, even if it’s only for five or 10 minutes.”

“I drink Stephanie’s tea daily because tea is awesome,” said Jocelyn Williams, an adviser at the Holistic Self-Care Institute in McDonough, Georgia. “But, self-care is my lifestyle, so I drink it every day for its medicinal benefits as well. The ginger and turmeric blend is especially helpful for my fibromyalgia and arthritis. And the piña colada-flavored tea brings out the ocean girl in me, helping me visualize being on the islands even when I’m not there.”