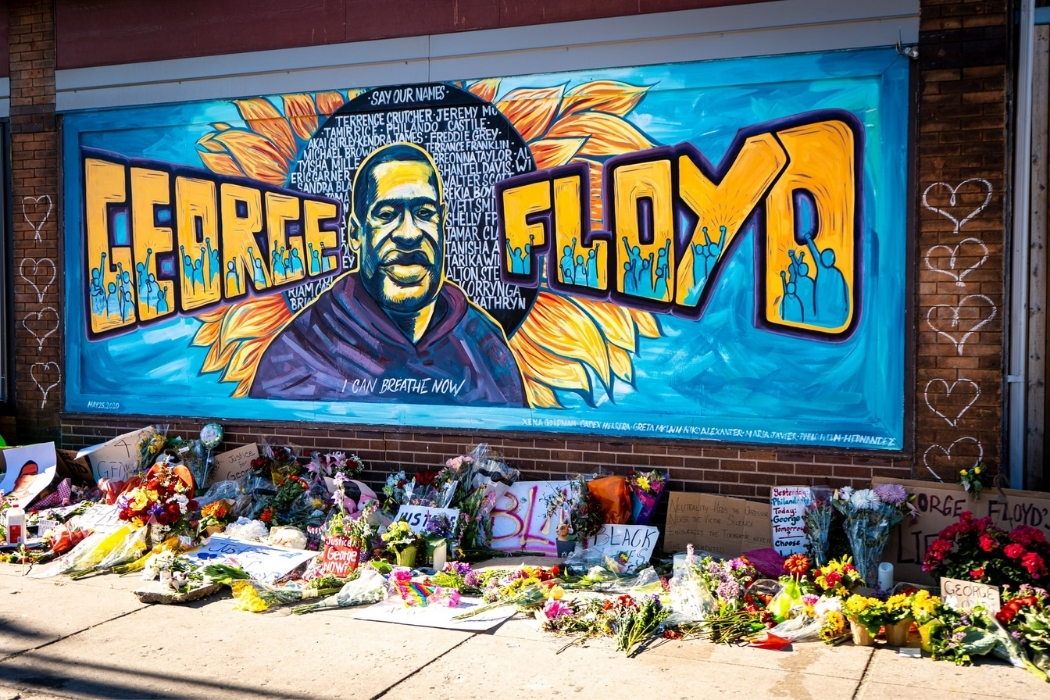 Just one year ago, George Floyd was brutally murdered on the streets of Minneapolis at the hands of a rabid “law enforcement” officer who kept his knee to the defenseless man’s neck for nearly ten minutes. Now, President Biden will meet with the Floyd family, rallies and gatherings headlined by Rev. Al Sharpton and others have been held in Minneapolis, and all over the country, people are calling Mr. Floyd’s name. Yet the horror of his massacre, only captured because a 17year old child had courage, has not motivated federal lawmakers to pass the George Floyd Police Accountability Act. The challenge seems to be the concept of qualified immunity, the concept that prohibits so-called officers of the law from being held accountable for their actions.

Qualified immunity says that when police are doing “their duties,” they are not financially or otherwise responsible for anything they do. A knee to the neck. A brutal beating. A dog mauling. Whatever. These officers cross the line with no fear of reprisals because the law allows their brutality and, in some instances, encourages it. When repeat offenders are not fired, it signals other “bad apples” that brutal behavior is okay. And when politicians make excuses for inhuman behavior, it is a signal that too many are willing to look the other way.

White “criminal justice” has been looking the other way while Black people have been violated for far too long. Enslavement was terrible enough, but it is the post-enslavement period that is extremely concerning. Any Black person who succeeded economically was at risk because of economic envy. Any community that organized and thrived was at risk. Witness Wilmington, North Carolina, in 1896, or Tulsa, Oklahoma, in 1921. It has been a century since Black Wall Street burned, and survivors have not been made whole, nor has the community been made whole. While the arc of freedom leans toward justice, the century between Tulsa and George Floyd’s murder suggests that the lean is long and challenging and that our nation is stuck in its dehumanizing antiblackness, an attitude that would torch a community, put a knee on a neck and more.

Between Tulsa and Floyd, there are many atrocities and shameful history of legislative indifference. Anti-lynching legislation repeatedly failed until the 21st century, despite the documentation of at least 5000 lynchings. There were probably more. Lynching was not considered a hate crime, just the way life was in these United States when Black lives were devalued since 1865. White people who damaged other white people’s property could be tried and convicted for harming Black people until we were no longer property, just free. Then we could be killed with impunity.

The arc that leans toward justice should lean toward reforming policing. It’s not just about finding the “bad apple” in the barrel, but about the bad barrel that may have one or two decent apples. The blue wall has silence so-called honorable police officers, but what kind of decency allows human beings to witness a murder and then lie about it? The very structure of policing is flawed. It was flawed in Tulsa in 1921. Flawed in Minneapolis today.

White “sheriffs” deputized hundreds of rabid white men to destroy a community. They did it because they hated Black people. According to my dear departed friend, Dr. Olivia Hooker, a Tulsa survivor who died in 2019, white folks had been stockpiling weapons as soon as Black people had been amassing economic acumen. Economic envy is a corrosive thing. It empowers inferior whites who have basked in the myth of supremacy to attack those who refute the myth. And it allows inferior whites to make excuses for white domestic terrorism, terrorism that reigned in our nation in the post-Reconstruction period.