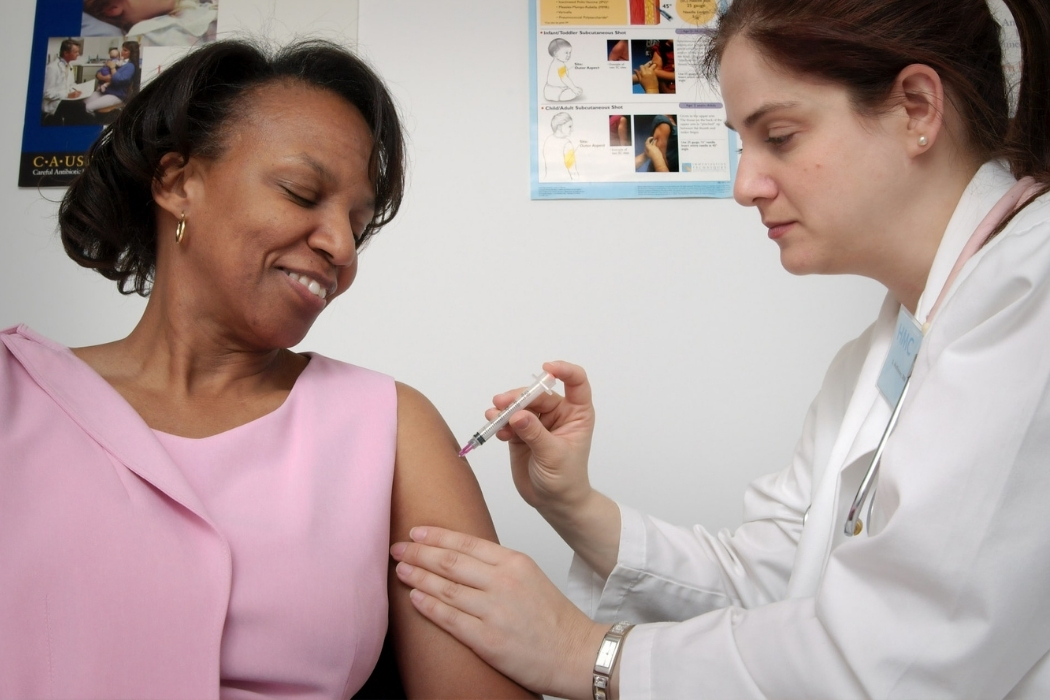 Low-income minorities in the U.S., many of whom remain unvaccinated because of hurdles in access and information, are unfairly being blamed for the new rise in Covid infections, said Dr. Tiffani Johnson, a pediatrician with UC Davis Children’s Health Center, at an Ethnic Media Services news briefing July 30.

“There are so many barriers that exist to accessing healthcare and those same barriers exist to accessing the vaccine,” said Johnson, one of four speakers at the news conference, which addressed efficacy rates of current vaccines against the Delta variant, the dominant strain in the U.S.

“We’ve had some politicians explicitly say it’s time to start blaming the unvaccinated folks as this pandemic worsens. But It’s really a lot more nuanced than just pointing the fingers at the unvaccinated as we continue to see spikes in Covid,” she said.

The Kaiser Family Foundation reported July 21 that more than 68 percent of the U.S. population has received at least one dose of the two dose Pfizer or Moderna vaccine, or the single dose Johnson and Johnson vaccine.

But as of July 19, less than half of Black and Hispanic people have received at least one COVID-19 vaccine dose in the vast majority of states reporting data.

A study released by Israel’s Ministry of Health in July concluded that the two-dose Pfizer vaccine was just 39 percent effective in controlling the spread of the Delta variant, though it was 80 to 90 percent effective in fighting against severe illness and hospitalizations. A study from Scotland released in June noted that the Delta variant doubles the rate of hospitalization in unvaccinated people.

Johnson acknowledged several barriers preventing low income minority populations from getting the two-dose Pfizer or Moderna vaccine, or the single-shot Johnson and Johnson vaccine. A history of redlining — banks refusing loans to certain communities because they live in an area deemed to be a poor financial risk — has led to segregation of minorities living in healthcare deserts, she said.

Those who lack stable internet connections may have trouble securing a vaccine, said Johnson, adding that transportation is also a huge barrier. “When you have a vaccine clinic that maybe five miles away, if you don’t have a car, five miles is a long way to try to get on foot.”

Hourly wage workers make up a large percentage of vulnerable communities: If they don’t show up to work, they don’t get paid.

“So even taking one or two hours off of work to be able to get your vaccine, if you can only find one available during those hours when you’re working, that’s one or two hours that you’re not getting paid,” said Johnson. She noted that people have also expressed concern to her about the side effects associated with the vaccines: chills, fevers, body aches, and general weakness, among other symptoms.

Dealing with mild side effects also may require taking time off work, said Johnson. “So either they don’t want to get it or they’re trying to wait for a time where they can block two or three days off.”

Communities of color also have a general mistrust of a healthcare system in which they feel unheard and unseen, said Johnson. “We’ve been cheating on these communities for years and abusing them for years and now we’re like: ‘Hey baby, I’m sorry, I love you,’ and we expect them to trust us. But we need to earn that trust and build that trust. And it’s not going to happen overnight,” stated Johnson.

The pediatrician said she was not in favor of a vaccination mandate, nor is she in favor of vaccine passports, which are now being required to enter many public places, and job sites.

“Given all of the barriers that I outlined to getting those vaccines, until we fully address all of those barriers, I don’t think it’s fair to create a two-tiered system,” stated Johnson.