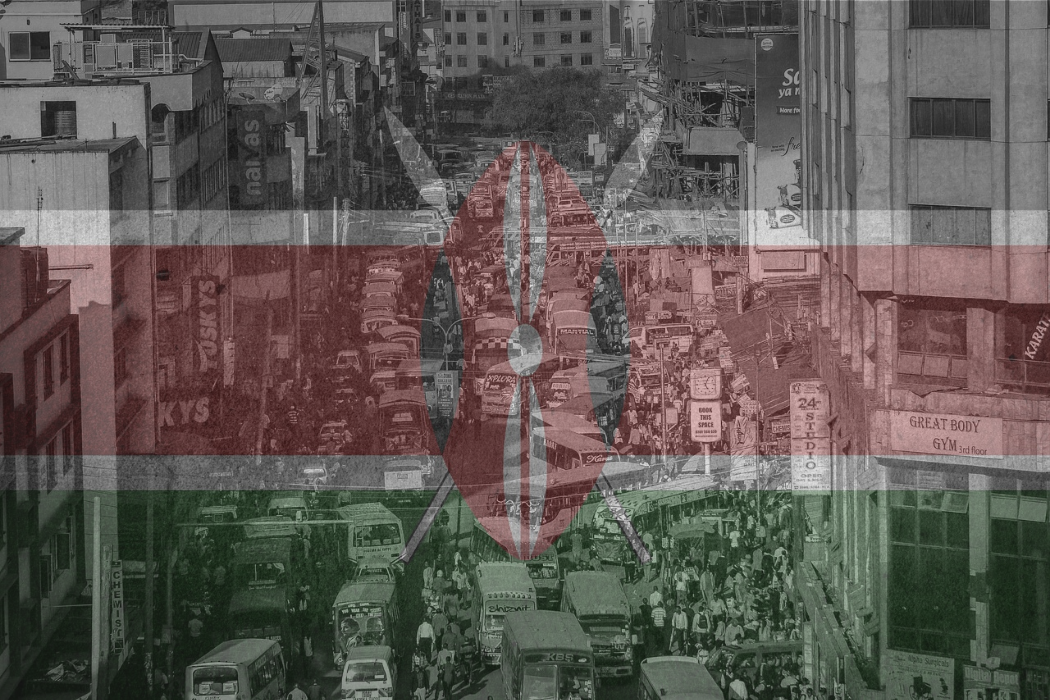 The country has been hit hard during the COVID-19 pandemic.

In the Kawangware slums west of Nairobi, residents are forced to walk a long way to the city center to look for jobs. Food is a luxury.

Rajab Owino, who had worked as a teller at a local bank but is now jobless, said: “I don’t know what is wrong with our country — too much borrowing and no action. Look at roads in Kawangware, look at Kibera, there is no water, the whole country is in a mess. How can you borrow a development loan then steal everything?”

The Kenyans on Twitter community, among others, took to social media decrying the country’s “unsustainable” debt levels and demanding accountability on government spending.

“The Kenya government is full of corrupt cartels. This money will be stolen!” an online petition circulated by change.org states. “Stop giving Kenya government loans. You are enriching a bunch of criminals!”

Police denied a request by activists to hold a peaceful demonstration in the capital, Nairobi, to protest the IMF loan.

In the run-up to the IMF’s approval of the loan, Kenyan activist Edwin Mutemi Kiama, who heads the effort to get the IMF and the World Bank to cancel loans to the country, was arrested and detained. He is accused of producing a public notice using the images of President Uhuru Kenyatta and Deputy President William Samoei  Ruto.

The Eastern Africa community, Amnesty Kenya, and the Defenders Coalition strongly condemned Kiama’s arrest and detention and “the court’s punitive bail terms,” according to Article 19, an organization that promotes freedom of speech and freedom of information worldwide.

“The Court directed that Kiama’s social media accounts be blocked, and barred him from expressing himself on matters relating to COVID-19 loans,” Article 19 reported. “The court also directed that Kiama appears before the investigating officer at the Department of Criminal Investigations every day until 18 April 2021, and slapped a punitive KES.500, 000 ($4,575) cash bail, despite there being no formal charges levied.”

The Kenyan government has defended the borrowing and brushed off criticism from financial experts.

Joshua Kutuny, a member of parliament in Kenyatta’s Jubilee party, said: “We can’t run away from facts, and I confidently say without loans, such beneficial projects like SGR [Mombasa–Nairobi Standard Gauge Railway] and Thika superhighway, among other projects, could have been a dream. Let’s trust the process under our able president.”

“Our thirst for loans is worrisome. The greed by our so-called leaders is way too much. If you want to cushion the economy, you need to have a plan. You borrow with a plan in mind, not like in Kenya, where the government borrows and thinks of what to do. If they don’t get a plan, they steal.”

The National Treasury (also known as the Finance Ministry) has defended the IMF loan, saying the borrowing is for development purposes, and no country in the world has survived without loans.

“The support and reforms set out in this IMF program will go a long way in mitigating the effects of the pandemic, while aiding in the achievement of the government’s policy objectives set out in the recently approved 2021 Budget Policy Statement, as well as Medium-Term Plan II,” National Treasury Secretary Ukur Yatani stated.

In a March statement about the upcoming loan approval, the IMF stated: “Kenya’s economy is now picking up speed after the COVID-19 shock, but the pandemic has left deep imprints on the country’s fiscal and debt positions.”

It outlined four goals for the IMF-backed programs in Kenya: supporting the pandemic response; helping to reduce debt vulnerabilities; addressing weakness in state-owned enterprises; and supporting an anti-corruption framework.

The IMF said in its announcement of the loan: “The Fund-supported program will also advance the broader reform and governance agenda, including by addressing weaknesses in some state-owned enterprises and strengthening transparency and accountability through the anti-corruption framework.”

The government of Kenya plans to borrow $12.4 billion from foreign sources through June 2022, including $7.3 billion in Eurobonds, a report on the IMF website states.

“Kenya is at high risk of debt distress and reducing the fiscal deficit as the COVID-19 shock fades is essential,” the IMF stated in its March report. “The government has already begun reversing some extraordinary measures introduced at the start of the shock. This includes the temporary tax cuts, which ended at the start of 2021.”

Between 2000 and 2018, Kenya was listed fourth among African countries receiving the greatest amount of loans from China, according to data from Statista.

Critics have claimed that some loan money cannot be accounted for, and alleged government corruption. In September 2020, Kenya’s anti-corruption agency revealed allegations of graft around $2 billion meant to help medical workers at the height of the COVID-19 pandemic.