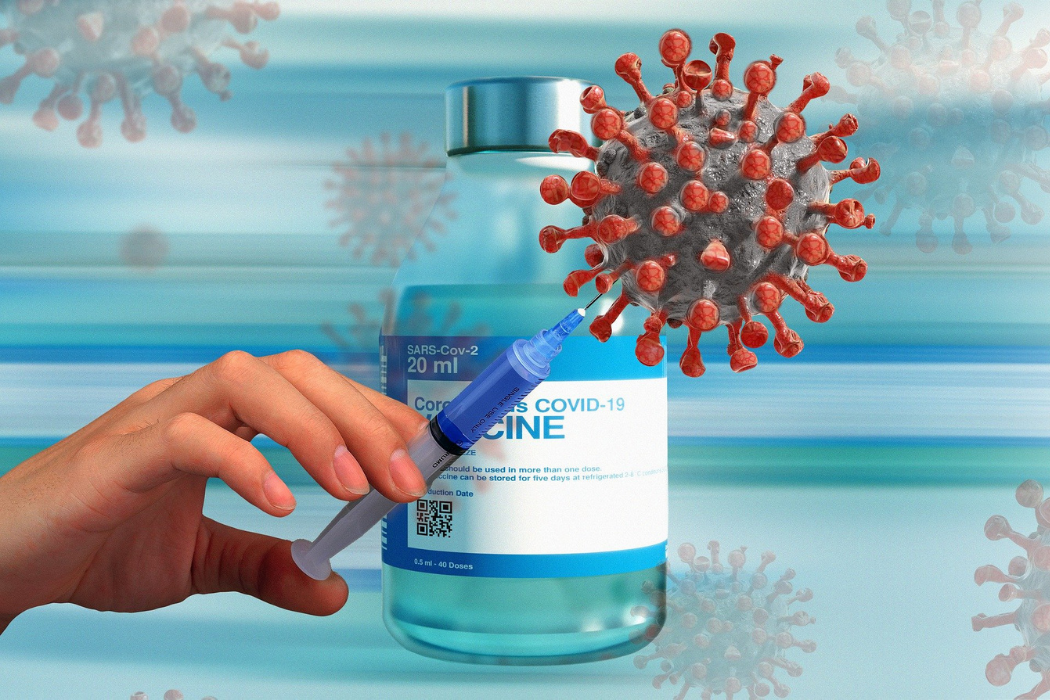 The U.S. met President Joe Biden’s goal of administering 100 million doses of the COVID-19 vaccine on March 18, 32 days ahead of schedule. But the nation is struggling to keep ahead of several more contagious, more virulent mutant variants, which threaten to outpace the rate of vaccination.

The President announced that all tiers of vaccine administration will be open May 1 to all adults wishing to get a vaccine. He optimistically predicted that everyone would be vaccinated in time to celebrate the Fourth of July. But the B117 variant, currently the most prevalent, has shown up in 20 percent of new COVID infections in many states, and in 30 percent of new infections in Florida, according to the Centers for Disease Control.

“It’s a race of how fast we get people fully vaccinated, versus the level of disease in a community and how much we see transmission,” said Dr. Nirav Shah, senior scholar at Stanford University’s Clinical Excellence Research Center, at a March 18 news briefing organized by Ethnic Media Services.

“The story of virus variants is a story of evolution and natural selection,” said Shah, explaining that with — with a lot of viruses around — there’s a greater chance that a single virus particle maybe just a little different from the rest.

“One or more virus particles is all you need to have a slight change. Maybe the spike protein changes just a little and it can attach to cells a little better than all the other virus particles; that’s evolution.”

Natural selection then kicks in: the one slightly different particle spreads a little faster because the spike protein is different. It can attach differently, which leads it to become the dominant strain, explained Shah.

The CDC is currently tracking four variants of concern, including the B117 which transmits from one person to the next about 50 percent faster than the original strain, and is 60 to 70 percent more deadly. But Shah said all the vaccines currently available are equipped to fight the B117 variant.

Vaccines are less effective against the 1351 variant and the P1 variant, two other variants of concern, he said.

Herd immunity will occur when 60-70 percent of the population is resistant to the strains of the virus, said the physician. That has not yet occurred, but many states are relaxing their COVID protocols, including lifting mask mandates. “That’s a problem: those are the public health measures proven to work against the spread. When we have more people infected, we have more chance of variants,” stated Shah.

Dr. Daniel Turner Lloveras, the co-founder of the Latino Coalition Against COVID, noted that herd immunity was the question at hand. “When is the path of normalcy going to be closer to us, reaching that final destination where we can walk around with masks off? I don’t think anyone can say when that will happen.”

“But we do know that herd immunity most likely will be reached once we meet the threshold of the number of people that are vaccinated. And so getting people vaccinated is of the utmost importance,” he said.

Shah noted that it was not enough to simply get the U.S. vaccinated: people around the world must also be vaccinated in order to prevent another global surge.

Biden March 12 announced the U.S. collaboration with the Quad, a partnership between the U.S., India, Japan, and Australia, which will manufacture and produce 1 billion doses of COVID vaccine to supply to the Indo-Pacific region by the end of 2022.

Getting a COVID vaccine might become an annual event, much like getting a flu vaccine, said Shah.

Dr. Dali Fan, a Health Science Clinical Professor at UC Davis, said at the briefing that the roll-out of the single-shot Johnson and Johnson vaccine might be a game-changer in terms of getting more people vaccinated sooner. He addressed concerns that the J&J vaccine is less effective than its Pfizer or Moderna counterparts: initially, it is 67 percent effective against preventing a COVID infection, but 49 days after receiving the vaccine, it is 100 percent effective, said Fan. At about 28 days after receiving the J&J vaccine, hospitalization rates are decreased by 75 percent.

The single-shot vaccine also has a very low rate of adverse effects, said Fan, a volunteer vaccinator at California Northstate University in Elk Grove, California. It is also very easy to store, requiring only refrigeration and is therefore very useful for mobile van vaccination efforts and pop-up sites serving under-served and rural communities.

The J&J vaccine is also great for medically fragile people, who may have difficulty returning for a second dose or have trouble with needles.

“Vaccine production is favorable. Now distribution has become the bottleneck,” said Fan. “Everybody has to do his or her part, including doctors, nurses, pharmacists, industry players, political leaders, educators, and volunteers. It is truly a community effort.”

Turner Lloveras and Dr. Kim Rhoads, Associate Professor of Epidemiology and Biostatistics at UC San Francisco, spoke about vaccine inequity: LatinX and Black people have very low rates of vaccination in proportion to their eligibility to get the preventive measure.

Rhoads, who developed several pop-up sites for COVID testing and vaccination in partnership with Umoja Health, challenged the myth of Black vaccine hesitancy. She shared a story of a FEMA pop-up site in East Oakland at which people were running in to get vaccinated.

“I feel that vaccine hesitancy is a pretext for explaining away the inequities that we are inevitably going to see when we are done. People will say that Black people were just hesitant,” said Rhoads.

There is the question of trust, said Rhoads. “Here’s the dilemma: in our health care system, Black people are never first, let’s be clear. And now we’re asking them to be first, so they’re asking ‘what’s wrong in this scenario?’ That’s what we’re up
against.”

Turner Lloveras said large numbers of LatinX people lack the tools and knowledge for digital literacy, and therefore cannot make the online appointments required to get vaccinated. He spoke about the difficulties he had in signing his mother up for vaccination and the many glitches he encountered. “She would never have been able to do it on her own.”

The Latino Coalition Against COVID has rolled out the “Digital Compañero” initiative, started by volunteers, who guide people through the process of getting a vaccine appointment and equip them with digital skills to improve their employment opportunities post-pandemic.

40 percent of Latinos lack access to broadband internet, said Turner Lloveras. “This is a civil rights issue,” he said.

The “Digital Compañero” program can be accessed here: lcac19.org. The Umoja Health initiative can be viewed here: https://unitedinhealthoakland.org/en/eastoakland.