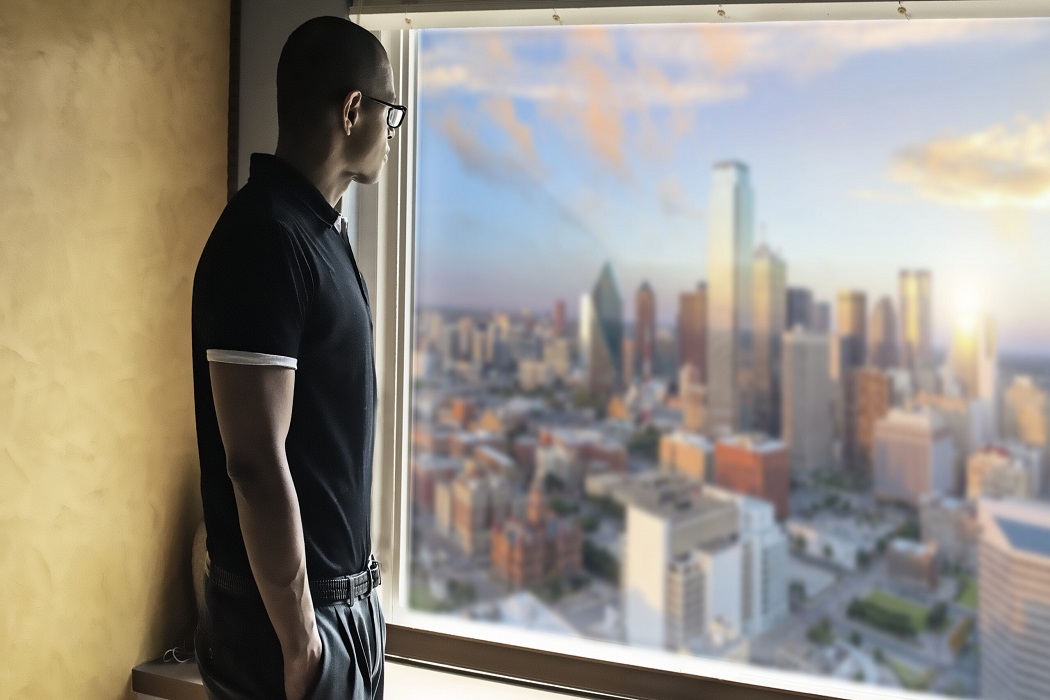 Brandon Ahmad was a broke grad who needed income. Someone advised him to get a certification. It worked — and now he wants this option to be achievable for anyone.

“I used to go to the library when I had time off from my temp jobs to research how I could make more money. One day, this man saw me and said I was looking at the wrong certification — but that I had the right idea. Then, he went on to tell me his story — from being jobless to leading a major information-technology government department with his certifications,” says Ahmad.

Brandon Ahmad turned his life around from being a temp worker to now leading his own startup.

That moment was pivotal for him.

Now, Ahmad is leading an EdTech startup that provides this type of training on the internet, making it accessible for people to get proper certification. He wants to pay back the advice that stranger, who he never saw again, gave him.

He became certified in Microsoft Dynamics 365, an enterprise resource-planning and customer-relationship management software. In the past few years, there has been a continuous growth of companies using Dynamics 365, increasing the demand for professionals with this skill set.

With the job losses due to the pandemic, this may be an attractive alternative. According to Glassdoor, the average Dynamics 365 developer salary is $76,526.

Ahmad is now a Microsoft Certified Regional Lead in the U.S. and has traveled extensively, working with companies that want to improve their operations. “At that moment, I realized the lack of training and education options in this niche. I loved my job, and I loved to teach, so I decided to embark on this mission,” he said.

Instructor Brandon, the blog he used to write to share tips and knowledge about this software, became an EdTech startup in 2017. Ahmad designed a strategy to build a platform that would empower students with hands-on training. However, he knew he needed to build a team that would share his e-learning vision and purpose.

He joined forces with Rachel Mata, a project manager from Venezuela. She was the gateway to build the startup with Latin American talent.

With a strong belief that most e-learning services don’t focus on the student’s expectations, Instructor Brandon made that goal its priority. To complement Ahmad’s knowledge, they tapped Jorge Rengifo of Colombia, who became a pillar of the team.

“The main difference we considered when designing our courses was to put an extra amount of effort on the quality of the content, but also building a platform to accompany our students during their self-paced learning processes,” Rengifo said. “All of this with a realistic approach to measuring their knowledge in real-world environments through hands-on labs.”

“It’s easy to find e-learning content online, but it usually doesn’t have the required quality to master certain skills at an affordable price — which is our quest,” said Mata. “Being able to train talented people with a different approach is what we’re looking forward to doing, not only in Latin America but in other regions that don’t get the exposure they deserve, such as South Asia.”

The company did not give employment stats but says most users who have taken its course since last year are employed.

The need for diversity in high-tech fields is reflected in data compiled by the U.S. Bureau of Labor Statistics. In 2020, the bureau found just 6.2 percent of software-development professionals were black or African American. Similarly, Hispanic or Latino represented only 5.9 percent.

Demand for technical e-learning initiatives is expected to remain strong for the foreseeable future.