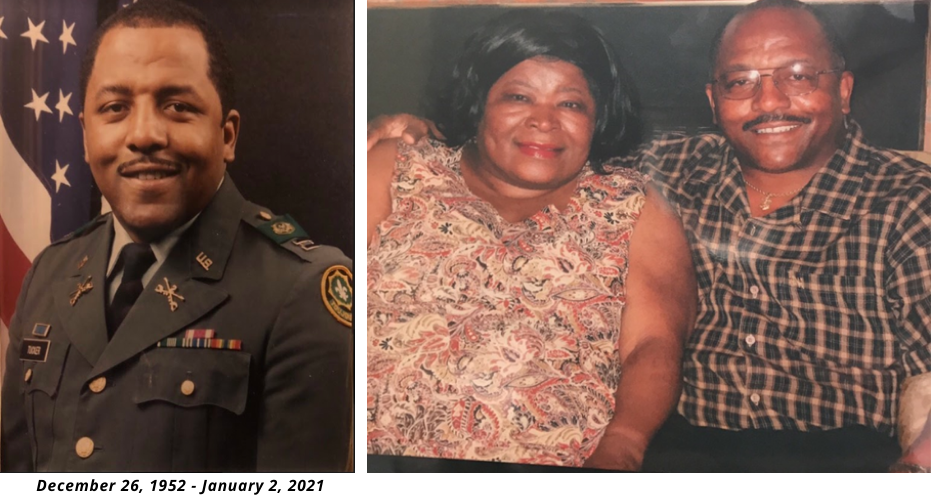 Donald Lee Tucker, Sr. was born December 26, 1952, in New Madrid, Missouri, to the late Rose Hester Gray and Johnny Lee Tucker. He attended O’Bannon, a segregated school, and graduated from integrated New Madrid High School. Donald continued his education at Rust College in Holly Springs, MS, where he served as the President of the Student Government Association. Donald graduated in 1977 with a Bachelor of Science degree in political science.

Donald was the beneficiary of the lawsuit filed on October 11, 1972, by Leroy Frazier and seven others of the Rust College Student Government Association challenging the electoral system to allow college students to vote in the cities where they attended college. They won the lawsuit on September 18, 1974. Since Rust College students won the case, it granted college students nationwide the right to vote in the cities where they attended college. In 1976, when Donald was a junior, he ran for and won the Election Commissioner’s position in Marshall County. He was the first student and African American to be elected to this position in Mississippi and, most likely, in the United States of America.

Donald’s wife, Barbara Catledge Tucker, is a Rust graduate, and her brother William Catledge and three sisters Virginia, Brenda, and Margie Catledge also graduated Rust. Donald and Barbara’s daughter Barbette “Joy” Johnson, the oldest of three children, also graduated from Rust and served as Student Government Association president. Donald and Joy were the first father and daughter to both serve as President of SGA. Donald’s brother, James Tucker, was the first of the four brothers to attend and graduate from Rust College. Their brothers, Harold and Ralph Tucker are also Rust College graduates. In keeping to the Rust College tradition, their sister Diana Gray attended Rust for three and one-half years.

Upon graduating from college, Donald was commissioned as a second lieutenant in the U.S. Army. He was an amateur boxer representing the Army. He also served as a research development officer and company commander. Donald retired as a Major after 20 years of military service. Bill Craven, one of Donald’s buddies, said, ” It was an honor and privilege to know Donald who taught by his actions and words.”

Donald was a devout Christian, as well as a strong family man who provided for his family. Donald’s favorite hobby was cooking, and his specialty was barbeque. He was extremely friendly and never met a stranger.

Donald was married to Barbara Tucker for 44 years, and they have three children and eight grandchildren.

He has four brothers and four sisters. Donald Lee’s final resting place is at the Kentucky Veterans Cemetery Central in Radcliff, Kentucky.

Donald was the beneficiary of the lawsuit filed on October 11, 1972