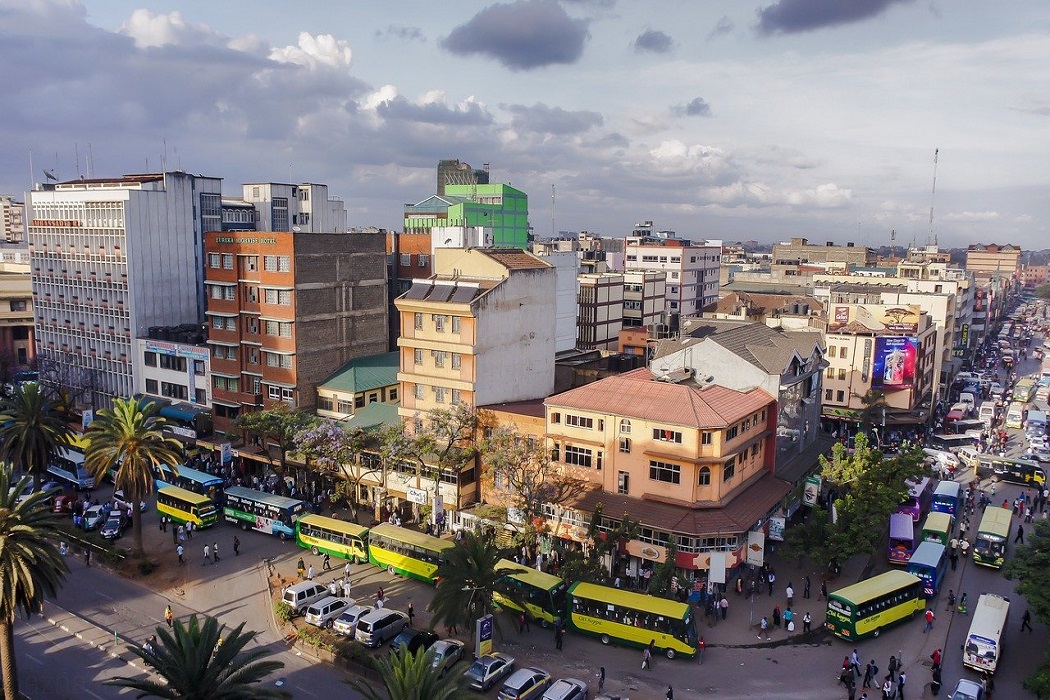 Usually, robbery and home invasions are seen as crimes of the desperately poor, the last resort of the hungry or the powerless. But today, a few miles from Jomo Kenyatta international airport, the comfortable children of landlords and businessmen are buying black-market guns to demand the cash wages of day laborers and other poor residents of working-class neighborhoods — sometimes with the full knowledge of their parents who allegedly protect them from prosecution.

Wycliffe Anami, a child protection volunteer-based at Chief’s camp in Kayole, has dealt with many cases involving rich children. He says he has talked to the parents of the perpetrators, who are between 13 and 21 years old, but they have ignored his advice.

Anami says that three-quarters of the criminals are children of the landlords and business owners in Kayole.

A gang that formed in 2019 has been “conning people’s valuables, shoplifting, and even hijacking the cars,” Anami said. “The victims, however, do not file the cases due to threats from powerful individuals and landlords. Most of these children end up being gunned down by law enforcement officers. Sometimes the law enforcement officers collude with the suspects enabling them to become more ruthless.”

Hudson Abwova, a gardener and resident in Soweto, Kayole estate, says he was robbed at gunpoint in broad daylight. His attackers were people well known to him. He was forced to surrender his smartphone and the wages he earned that day.

“Most of these children are from rich backgrounds. Their parents own buildings here and some have businesses,” Abwova said. ”They are people of means. They are engaging in criminal activities for easy money to satisfy their urge for drugs and alcohol.”

Abwova says that residents have to leave someone at home or rely on neighbors to prevent break-ins while they are at work.

“We report cases of robbery to the caretaker of the building who is supposed to notify the landlord to take any action,” Abwova said. “But nothing happens. The law enforcement officers will come, and we record the statement, but no arrests are made.”

Not far from Kayole are the sprawling, sun-baked slums of Kariobangi. In the expansive field, children play soccer as a distraction. Manyala Adam, a reformed gang member, stares at the sky. He remembers many friends that he lost as a result of the crime.

Today Adam is a leader, an actor, a soccer head coach for Korogocho United, and a recognized Human Rights Defender, but before all that, he was a gangster. Poverty did not push him into violent crime; he had everything he wanted. Adam says he started playing soccer at an early age, and according to him, the sport goes hand in hand with drugs.  Before he knew it, he was already a gangster.

“My friend introduced me to crime at the age of 12,” Adam said. “We would go out for happy hours mostly on Fridays and rob people of their hard-earned money and other valuables without giving a damn of who they were.

“Nine months into crime, we acquired guns. We ordered M16 guns from Samburu County at the cost of USD $400. We became heartless. My friends would go to an extent of killing the victims, but personally, I never killed anyone. I think that is why I am still alive.

“Our turning point came when the [then-] Nairobi Governor, Mike Mbuvi Sonko asked us to surrender the guns promising us that we won’t go to jail,” Adam said. “Upon arriving home, my father gave me hundreds of acres of land and thousands of camels, sheep, and goats. I was not even interested, and I left for the city to surrender.”

Governor Sonko formed a team of former gang members and other offenders called Sonko Rescue Team. “We were recruited and started working immediately,” Adam said. “In some of our rescue missions, we would steal when a chance presented, despite him giving us a huge salary.”

Adam, who has since completely reformed, now mentors young boys and girls through a Community Based Organization called The Simama Project. The organization, supported by the U.S.-based nonprofit Simama International, uses soccer as a tool for social impact.

But the trend of well-off street gangs isn’t limited to Nairobi’s urban slums. It’s spreading to gated communities, where residents speak in hushed tones because they’re scared of the neighbors whose homes were built with criminal proceeds.