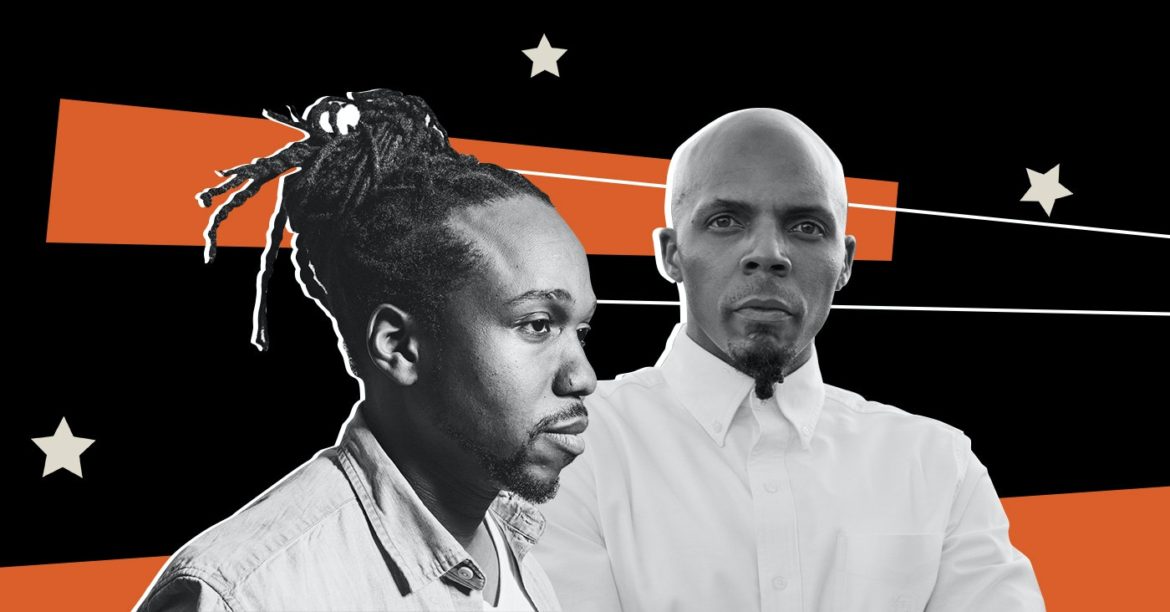 Black activists organized for racial justice for years, but the murders of George Floyd and Breonna Taylor by police pushed a large, diverse swath of protesters to support them.

To say that 2020 has been rough is putting it mildly. But even amid the death, division, and chaos, people have stepped up and shown us that there is still good in the world. While some of them reject the “hero” label, the sacrifices of these Americans deserve recognition for their impacts on our lives. Today, we are shining a spotlight on those who’ve fought against racial injustice during a pandemic that disproportionately killed Black people.

The movement for Black lives emerged as the most influential cultural change agent of 2020.

According to the Kaiser Family Foundation, as many as 26 million people attended demonstrations in support of Black lives. In June, public support rose to a height of 67%, according to a Pew Research Center survey. The accomplishments of the more than 1,000 protests from city to city have been underrated but notable.

Minneapolis has since banned chokeholds, and other cities, including New York, have followed suit. The protests put a renewed focus on criminal justice reform. Confederate statues, painful reminders of America’s racist legacy, came down from their pedestals. From Dallas cracking down on deadly police force to Minneapolis, Portland, and Denver taking police officers out of schools, activists in the Black lives movement took the momentum of the year’s tragic events and turned it into power.

Maurice Mitchell, national director of progressive political organization the Working Families Party, protested in 2014 after a police officer shot and killed 18-year-old Michael Brown in Ferguson, MO. This year, he supported protests in Detroit, Minneapolis, and other major cities. Community organizer Lamont Lilly was also on the ground in Ferguson as well as Baltimore, Standing Rock, Charleston, and recently North Carolina. Both activists know their work is far from done.

Here’s what they told COURIER about the year that was and the work that remains in the new year.

I often describe 2020 as a great humbling. No one could have imagined how it would end up. All the organizers I talked to had to throw our plans out the window. Much of organizing is about being in spaces with people and building connections and community, and suddenly we had to physically distance ourselves.

There were very clear losses: Hundreds of thousands of our family and friends lost their lives, and tens of millions are out of work. Stock markets skyrocketed as people waited for hours in long food lines. In the midst of all that, the movement for Black lives became the biggest uprising in US history. Every single state and many counties, including places without high concentrations of Black folks, had action, creating a movement that is Black-led but multi-racial. In an election year when people were really unsure about the pandemic’s impact, our movement became the social protagonist to get them active and registered to vote.

Election organizations used Black joy with music and dance at the polls in Philadelphia, Atlanta, Detroit, and other cities to counteract Trump forces–armed militias sent to intimidate and dampen voter participation. We didn’t know what would happen, but Working Families trained 10,000 people to have a presence in almost every state. They showed up in their yellow Election Defenders shirts providing PPE and water. We had Busta Rhymes performing in the Bronx from a flatbed truck and Offset performing at polls in Georgia. Artists saw the wisdom of using art as resistance, which is part of our history to inspire and keep people moving. Politics can be so cynical. That was a bright spot people needed to see.

“Black lives matter,” as a slogan, used to be talked about the same way people now talk about defunding the police. Now, it’s become normalized.”

As a slogan, “Black lives matter” used to be talked about the same way people now talk about Defund the Police. Now, it’s become normalized. Who would’ve thought we could mainstream the idea of redirecting resources from police forces and prisons and reinvest it directly back into the Black community? Black people have been disinvested for generations. We want reparations—repairing harms of the past—and reinvestment on federal, state, and local levels in the data-proven programs we know work, such as community-based harm reduction and interruption of conflicts before they escalate to violence. They’ve been proven deterrents in neighborhoods that are hotspots for violent crime, instead of police coming in from outside the community who are primarily trained in lethal force.

In Minnesota, the Minneapolis city council decided to defund the police. It wasn’t easy, but they moved in that direction, and other municipalities will follow. St. Louis’s first Black female circuit attorney Kim Gardner, Los Angeles County District Attorney George Gascón, and a dozen new DAs have done a complete 180 on criminal justice issues, such as deciding to stop trying youth as adults. That’s profound. We’re probably going to see more. Municipalities are going to start scrutinizing those police budgets.

Healthcare, education, all things Black people have less access to—we’re going to keep pushing for that. Policing is just the most dramatic and intense manifestation of our society’s violence toward Black people. Policing is creating an opportunity for us to have a conversation around the much broader aspects of anti-Black violence so people in our country can truly understand the harm we’ve experienced for generations. Then we’ll see a widespread response.

Motivating the Masses While Keeping the Focus on the Marginalized

In 2020 came an awakening that Black Lives Matter can’t just be a hashtag or a moment, but a lifestyle that we practice. It was a wake-up call in ways yesteryears hadn’t been for the masses of our people. It’s a hard pill to swallow, but we still have a lot of work to do, and it’s not going to be easy.

I don’t feel like we made any concrete gains this year. The big shift has been an overwhelming amount of support for Black Lives Matter as a movement this year, from politicians, celebrities, and rappers. It went global this year, and demonstrators in Ferguson will tell you it wasn’t like that in 2015. We were even scorned by Black leadership.

What 2020 also saw was co-opting and whitewashing of Black Lives Matter. A prime example is the BLM murals that sprung up everywhere. I love Black art; it feeds us and fuels us. But, painting block letters on the streets is not liberation or justice. There is a new wave of people getting involved, and we cannot allow symbolism to substitute for justice or self-determination.

Here in Durham, North Carolina, a massive wave of gentrification and Black displacement has swept the city, uprooting entire segments of our community. They kick Black folks out of their homes and then have the nerve to put up Black Lives Matter signs in the yard. We see these signs and think that the country is making progress.

I think the pandemic was the perfect storm to brew the people’s movement over the summer. Police brutality came together with poverty and the failure of capitalism to create a reflection of inequality no one could deny. People saw George Floyd lynched for eight minutes and 48 seconds and only got one $1,200 stimulus check if they qualified. Folks don’t have insurance to get treated for COVID or any other ailments. Many people said “Hell with it. I don’t have anything else to lose! We can’t pay rent; let’s go all out!”

“The pandemic was the perfect storm to brew the people’s movement over the summer. Police brutality came together with poverty and the failure of capitalism to create a reflection of inequality no one could deny.”

Americans had been very comfortable for so long. We had our televisions, gadgets, paid our bills month-to-month, and hoped for the American Dream. But all that crashed this year, not just for Black folks but across ethnicities. That’s why this year, we saw all types of people join the masses and hit the streets. In addition to increased state violence and the George Floyd video, people had time to process and examine our systems, everything from economics to politics to culture. COVID-19 has been a curse, but the time people spent to step back and reflect has been a blessing.

There’s a fracture in the movement right now. Some folks have taken the path of inclusion, diversity, and a seat at the table. These folks have sat down with corporations and philanthropists, and that’s one side of it. The other side says we want nothing to do with politicians and reforms. We want land, schools, our own independent institutions. We want Black Power. So 2021 will see these two impulses play out, and we have to ask ourselves some serious questions.

When we say “Black lives matter,” who are we talking to? White folks, the government, or ourselves? It would behoove us to decide going forward to turn internally and not look to others for love or to provide progress.

I hope that’s the focus going forward: not trying to dance with parties or reform the police. We can’t reform the slave patrol; we have to abolish them. And as organizers, it’s our job to help our people believe we can do this.