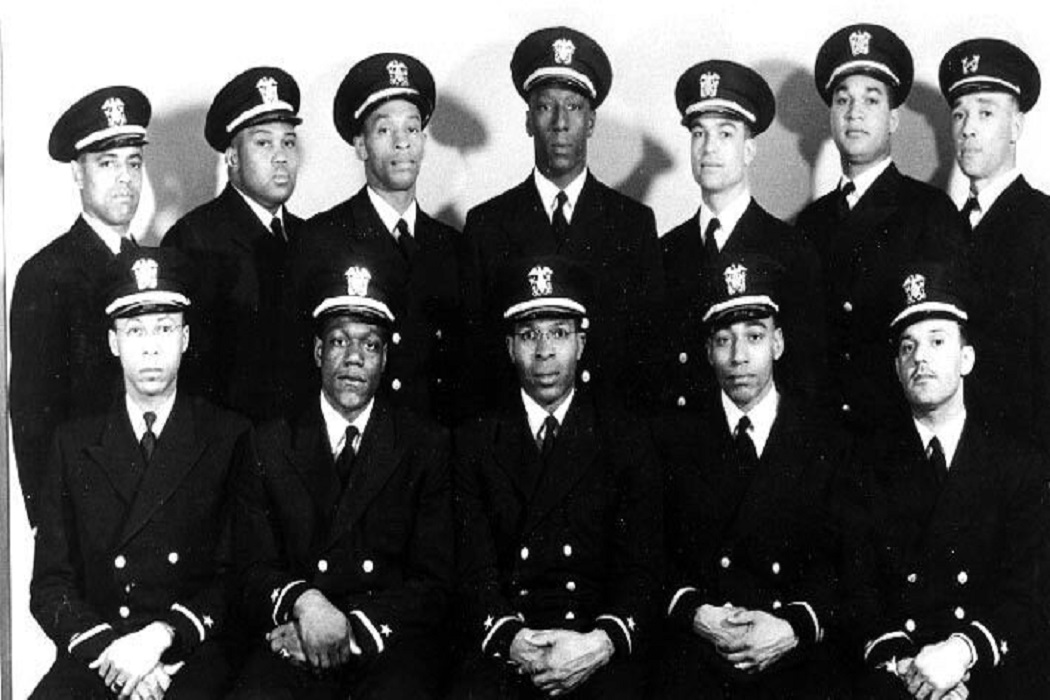 ST AUGUSTINE, Florida — The little-known story of the ‘” Golden 13,” the U.S. Navy’s first black commissioned officers, is chronicled in two oral histories, one compiled by historian and retired naval officer Paul Stillwell; the other by Politico journalist Dan C. Goldberg. Each reveals a similar set of facts: 16 sailors of African descent were thrust into a situation not of their own making during World War II, set up to fail, and, absent that happening, placed in positions where their proven leadership skills were obscured by the racial animus of the day.

Despite having to endure indignities no white officer would tolerate—no housing, denied access to officers’ clubs, white sailors refusing to salute, no combat assignments—these men proved their mettle and ultimately set the entire American military on a course toward increased black participation across all branches seen today.

But the path from then to now reflects a journey not yet complete.

World War II: Where it all began

At the beginning of World War II, black sailors served as cooks, waiters, and valets for white officers and were not even allowed to enlist in the Navy’s general service. It was not until the spring of 1942, under pressure from First Lady Eleanor Roosevelt and black civil rights leaders, that President Franklin D. Roosevelt signed an executive order banning discrimination in the federal government, thus allowing blacks to pursue jobs like gunner’s mates, quartermasters or signalmen. Shortly after, the idea of a black officers’ training program was born.

“In 1943, Adlai Stevenson, a special assistant to Secretary of the Navy Frank Knox and later two-time Democratic presidential nominee, sent a memo to Knox recommending the commission of a dozen or so black officers to respond to the political pressure,” said Stillwell, author and editor of “The Golden Thirteen: Recollections of the First Black Naval Officers.”

Thus, in January 1944, 16 black sailors began their officer training course at Camp Robert Smalls, Recruit Training Center Great Lakes (now known as the Naval Station Great Lakes) in Illinois. Although there is scant official documentation outlining the selection process, Stillwell surmises that the men’s proven proficiency as enlisted leaders, their willingness to accept discipline and follow orders, athleticism, and a range of educational achievements matching those of white officer candidates were possible factors in their selection.

Set up to fail

Even though Great Lakes was one of the Navy’s elite training facilities, the trainees were segregated from both white officer candidates and other black enlisted men. With its 16 cots, 16-foot lockers, and table set for 16, Barracks 202 was both home and classroom for the men. In this claustrophobic environment, they crammed a normal 16-week officer training program into eight, studying seamanship, naval regulations and law, gunnery, and aircraft recognition.

Retired four-star general and ex-Secretary of State Colin Powell, who himself is black, wrote in the foreword to Stillwell’s book that “history has dealt them a stern obligation” to succeed and “help open the blind moral eye that America had turned on the question of race.”

“They decided that, rather than compete, they would pool their resources so all could succeed,” Stillwell said.

The white instructors were indifferent to the black officer candidates’ plight and worked hard to make sure they washed out of the program. And, the officer who designed their coursework, Lt. Paul Richmond, was particularly hard on them, according to the recollections collected by Stillwell.

“The white officers thought it was their mission to fail the candidates,” said Stillwell. “But Richmond told me he just wanted to make the course as rigorous as possible. He was aimed at creating a better seagoing naval service. To some, he operated in good faith, others found him to be condescending.”

Nevertheless, with the odds stacked against them, the men remained laser-focused on their collective success. Each night, after the 10:30 p.m. lights-out call, they would cover the barrack’s windows with bedsheets to shield the lights, huddle in the “head” (bathroom in Navy parlance) and study by flashlight.

In the end, their strategy of group success resulted in high test scores for all 16. When the Navy challenged the validity of the scores, the men were forced to retake the exam, scoring higher the second time and earning an average score of 3.89 out of 4.0.

Three candidates—Lewis Williams, J.B. Pinkney, and A. Alves—were not commissioned and returned to the fleet. No official reasons were ever made clear for their rejection, but some speculate that the group’s success rate could not exceed that of their counterparts.

After an arduous two months, and too little or no fanfare, the U.S. Navy Officer Corps expanded by 12 commissioned ensigns and a warrant officer—all black.

Still, there was no way these highly qualified, highly motivated new officers would ever see combat.

“The Navy would not have black men commanding white men in battle,” Goldberg wrote in his companion piece for Politico, “The Golden 13: How Black Men Won the Right to Wear Navy Gold.” “Instead, the first black officers were given make-work jobs—running drills, giving lectures on venereal disease, and patrolling the waters off the California coast in a converted yacht. They were ignored and disrespected at every turn. Still, they knew that they must keep their heads held high. They had a responsibility to be the first, not the last.”

They were not. Two months later, a new group of 10 more black officers was commissioned. They, too, were given assignments that segregated them from the rest of the fleet—training black recruits, manning harbor tugs, and the like.

All but one of the original officers left the Navy, choosing to pursue opportunities in the civilian world. Nelson remained in the Navy, retiring at the rank of lieutenant commander. His 1948 master’s thesis, “The Integration of the Negro into the U.S. Navy,” argued that racial stereotypes were fictional and should be displaced by equal treatment and good leadership, and was published as a book in 1951.

Role models for the next generation

After the intense shared experience of the Great Lakes base, the men are known as “those black naval officers” went their separate ways.

“[The Navy] had reluctantly made officers of the men,” Stillwell writes in his book, “but it wasn’t going to accord them any special treatment. For many years, they had no group identity.”

That changed in 1977 when Nelson tracked down the surviving members of that first class of officer candidates and hosted a reunion in Monterey, California. It was there that Capt. Edward Sechrest from the Navy Recruiting Command coined the term the “Golden 13.”

By the time of the reunion and nearly 35 years removed from the pressure-cooker environment of their officer training, the “Golden 13” were then able to operate in a more “racially aware” Navy, forging friendships amongst themselves, gaining official acknowledgment of their accomplishments from the service, and becoming a potent recruiting tool.

“In the spring of 1994, a federal agency held a forum where Paul Stillwell and several of the surviving Golden 13 members spoke,” said retired Adm. Michelle J. Howard, also former vice chief of naval operations. “To a person, they were humble and sincere and were all surprised to meet a surface warfare officer who was a woman of color. They rightfully saw me as their legacy, and I found them inspiring.”

Howard’s ascension to the second-highest-ranking officer in the Navy, and the highest-ranking African American and woman in the military, glosses over a larger systemic issue. While 43 percent of the 1.3 million men and women on active duty in the military are people of color, its leaders are largely white males. Only two senior commanders—those with four-star rank—are black: Gen. Michael X. Garrett, who leads the Army’s Forces Command, and Gen. Charles Q. Brown Jr., commander of the Pacific Air Forces, according to a May 2020 New York Times article.

To address this problem, the Defense Department and each of the service branches are instituting new programs to bring more underrepresented demographics into the commissioned officer corps.

“There’s always enough minority talent in the pipelines to make GOs [general officers],” said Col. Timothy Holman, the Army’s chief diversity officer. “We don’t have a minority talent problem, we have a process problem. We need to change how people are selected. But we want to move beyond the conventional visual representation [of more blacks in the officer corps], and focus on the optimization of talent.”

The Army, added Holman, is taking a multi-tiered approach that includes mentoring programs and fostering better relationships with historically black colleges and universities to include increased research grant opportunities. 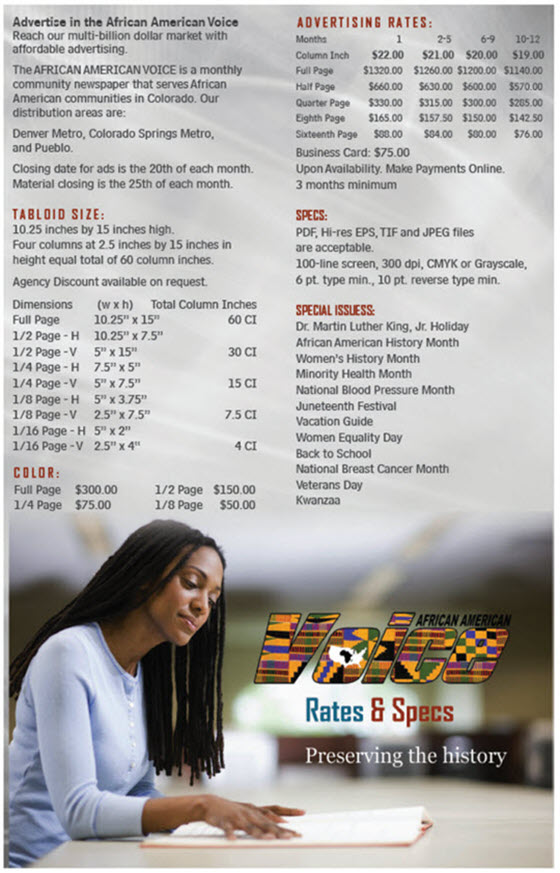